To be eligible, artists are required to have released their first record 25 years prior to induction. This was the first year Eminem was eligible.

Judas Priest and Jimmy Jam & Terry Lewis received the Musical Excellence Award, which recognizes those whose “originality and influence creating music have had a dramatic impact on music.”

Saturday’s show, which ran for more than five hours, opened with Duran Duran performing their hits “Girls On Film,” “Hungry Like the Wolf” and “Ordinary World.” Their moment was a little overshadowed by technical issues and the revelation that former guitarist Andy Taylor had to skip the ceremony because he is battling cancer.

Richie was recognized by Lenny Kravitz for creating “the soundtrack of my life, your life, everyone’s life.” The 73-year-old sang his hit ballad “Hello” followed by the Commodores single “Easy” (featuring an appearance by Dave Grohl) and a rousing rendition of “All Night Long.”

One of the highlights of the show was Eminem, who was introduced and Dr. Dre and opened his set with a bit of “My Name Is” and “Rap God” before he brought Aerosmith frontman Steven Tyler on stage to sing the “Dream On” chorus that was sampled on his 2003 single “Sing for the Moment.” Ed Sheeran joined Eminem for a medley that included “Stan,” “Forever”“Not Afraid” and their 2017 collaboration “River.”

“I’m probably not supposed to actually be here tonight,” the rapper said. “I’m a rapper and this is the Rock and Roll Hall of Fame.” (He is only the 10th hip hop artist to be inducted.) 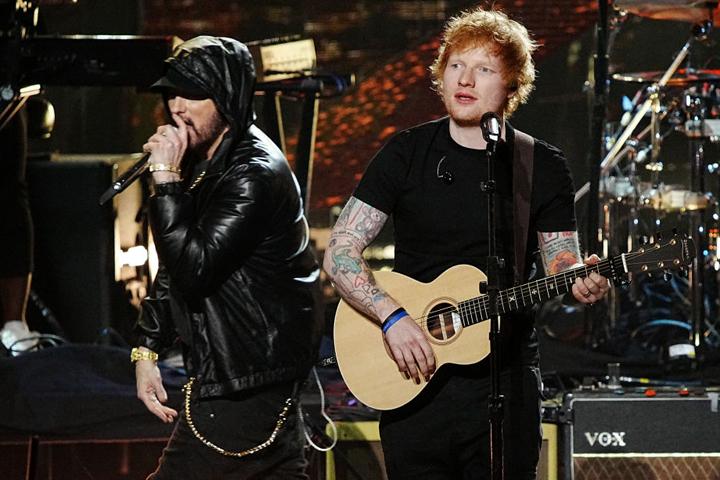 British duo Eurythmics – Annie Lennox and Dave Stewart – performed “Missionary Man” and their signature hit “Sweet Dreams (Are Made Of This)” after being introduced by U2’s The Edge. Stewart praised Lennox as “one of the greatest performers, singers and songwriters of all time.”

Introduced by Alice Cooper, Judas Priest turned the volume up with “Breaking the Law” and “Living After Midnight.” 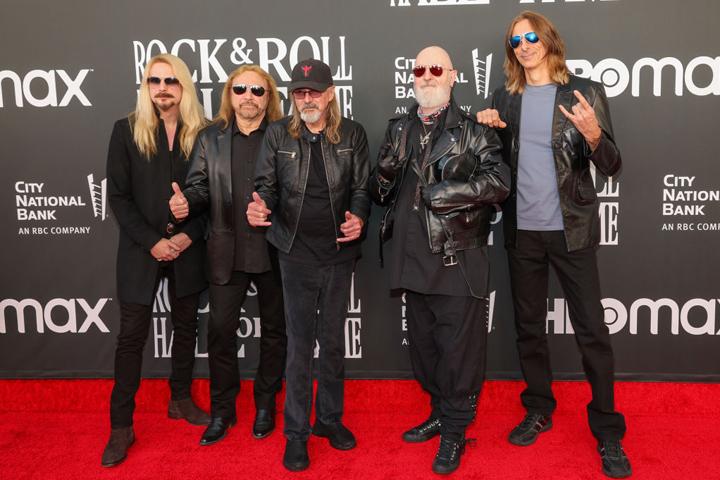 Sheryl Crow was on hand to introduce Pat Benatar, who was inducted along with husband and musical partner Neil Giraldo. They performed “All Fired Up,” “Love is a Battlefield” and “Heartbreaker.” 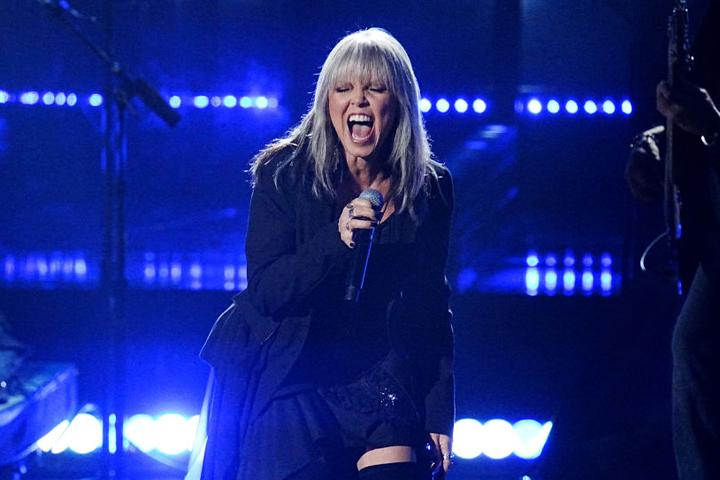 Simon, who skipped the ceremony after the recent loss of two sisters to cancer, was honoured with a version of her iconic hit “You’re So Vain” by Olivia Rodrigo and “Nobody Does It Better” by Sara Bareilles. The latter read a message from Simon that said, in part, “I am humbled, shocked, proud, overachieved, underqualified and singularity grateful.”

Parton, who had initially declined the Rock Hall nomination, declared: “I’m a rock star now!” P!nk partnered with Brandi Carlile on Parton’s classic “Coat of Many Colors” and Crow did “9 to 5” with Zac Brown Band.

Parton, armed with an electric guitar, performed a new song (backed by Brown) that will likely be part of her promised rock album. 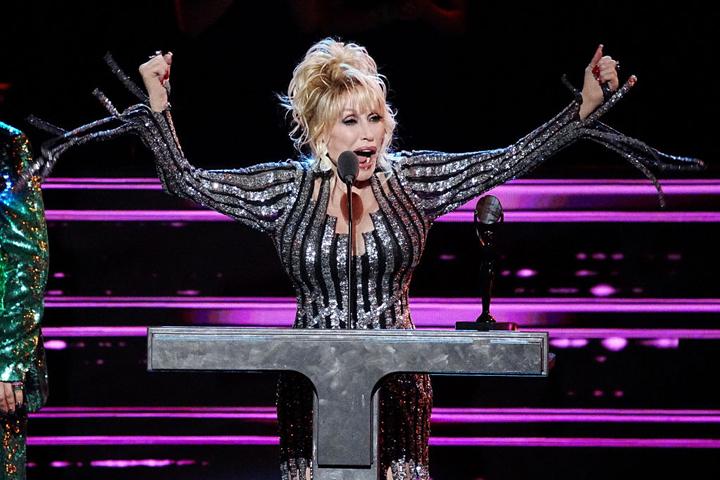 Wrapping up the show, Parton led a performance of “Jolene” accompanied by many of the night's performers, including new inductees Benatar, Duran Duran frontman Simon Le Bon and Judas Priest’s Rob Halford.

Janet Jackson, who wore her hair à la cover of 1986’s Control, was there to pay tribute to Jimmy Jam and Terry Lewis.

Belafonte, 95, did not appear at the induction ceremony.

A pared-down version of the show will be premiere later this month on HBO. (In Canada, HBO is part of Bell Media, parent company of this website.)

Listen to music from 2022 nominees