Phil Collins Says Genesis Tour Will Likely Be His Last

“I mean, we’re all men of our age and I think to some extent, yeah, I think it probably is putting it to bed,” Collins, 70, said of The Last Domino? tour, which runs from Sept. 20 to Dec. 16. “Just generally for me, you know, I don’t know if I want to go out on the road anymore.”

The first Genesis tour in 14 years includes shows on Nov. 22 at Montreal’s Bell Centre and Nov. 25 at Toronto’s Scotiabank Arena. 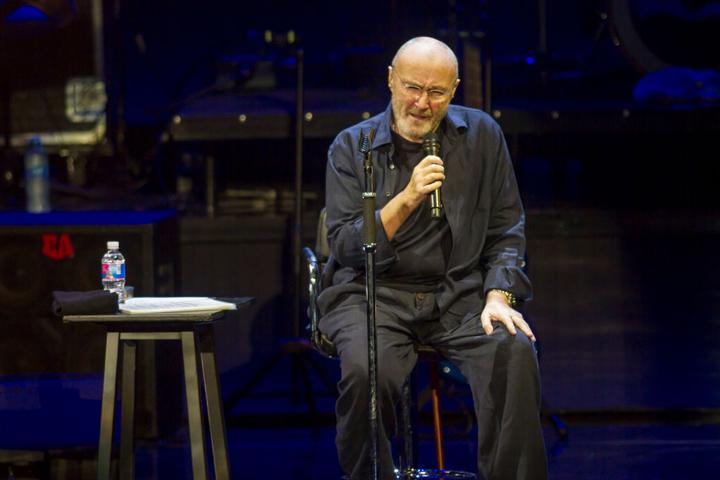 In recent years, Collins has walked with the aid of a cane and performed while sitting in a chair at the front of the stage – not behind his drum kit. On the Genesis tour, his 20-year-old son Nic will be there instead.

“I’m kind of physically challenged a bit,” Collins told BBC News, “which is very frustrating because, you know, I’d love to be playing up there with my son.”

Collins revealed in 2014 that nerve damage left him unable to hold a drum stick in his left hand.

In the new interview, Collins was asked if he is able to play drums at all. “No. I’d love to but, I mean, I can barely hold a stick with this hand.

“So there are certain physical things which get in the way.”

Genesis last performed in Toronto and Montreal in September 2007 during the Turn It On Again: The Tour. Their last studio album was 1997's Calling All Stations.

The Rock and Roll Hall of Fame band’s hits include “Invisible Touch,” “In Too Deep” and “Turn It On Again.”

Listen to music from Phil Collins