Rihanna Has Street Named After Her In Barbados

The country of Barbados has officially renamed a street after their local legend, Rihanna, converting Westbury New Road in Bridgetown to Rihanna Drive.

Rihanna attended the name-changing ceremony on Thursday, and gave a speech to inspire attendees to “believe their dreams.” The pop singer reportedly lived on the street until the age of 16.

“On February the 20th of 1988, the day Rihanna was born, Barbados was changed socially, politically and economically. Rihanna became one of the most iconic personalities of the 21st century” the Prime Minister of Barbados said during the ceremony.

Although Rihanna's family no longer lives in her childhood home, the location has become a magnet for tourists. 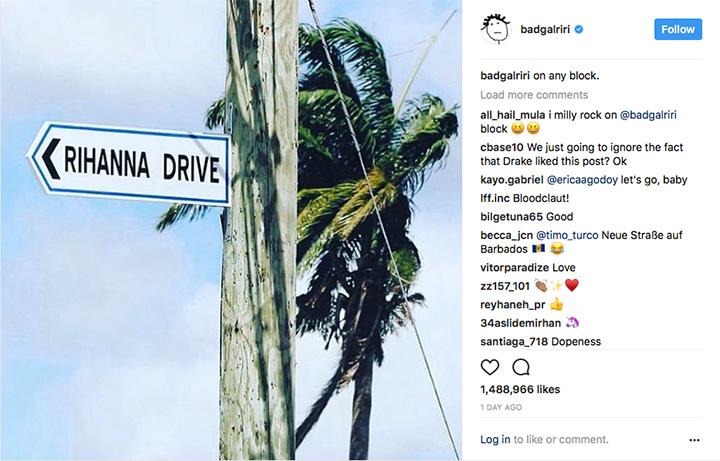