When Victoria Anthony thought about making a video for her song “Because I’m A Girl,” she had a clear picture of who would be calling the shots.

“My vision for the video was to have a female director because I knew that it needed that perspective to understand the message I was trying to convey,” the Vancouver singer-songwriter explained.

Enter Nathalie Boltt, who plays the deliciously evil Penelope Blossom on one of TV’s most buzzed-about series, Riverdale. She caught wind of Anthony’s search.

“Victoria seems to be like the future happening right now in that she insisted on a female director,” Boltt recalled.

Like so many people, Boltt was familiar with Anthony’s encounter with P!NK last May, when the pop star stopped her Vancouver concert to meet Anthony and invited her to sing. Anthony belted out an a cappella version of “Perfect” to cheers from the crowd and praise from P!NK.

The moment went viral and Anthony capitalized on the attention by focusing on making music of her own. Last month, she released her debut single, “Without You.”

Boltt, 45, set up a meeting with Anthony and, she recalled, they “hit it off straight away.”

It was immediately clear to Boltt that Anthony is not a typical 13-year-old. “Even in her voice, you can hear this is a voice that is not the voice of a 13-year-old,” she told iHeartRadio.ca. “Her lyrics… this is a grown-up person in a young body and she’s going places.

("Because I'm A Girl" was co-written with Toronto's Rob Wells and Shobha, known as The Fourth Floor.)

Boltt said it was important that Anthony got to see that she is nothing like her Riverdale persona.

“I don’t even sound like Penelope. It’s really just a character and I can be quite kind when I need to,” she said. Still, “a director is a role that is a little bit Penelope in that you have to take control and give guidance.

“Victoria, once she got to see the real me, it was great. We’re totally on the same page: Let’s make something that girls and women are going to be proud of.”

The video, shot over two days in a warehouse not far from where Riverdale is filmed, features Anthony backed by 14 young dancers choreographed by Lisa Rose Metz.

“We did it all very quickly,” said Boltt. “It’s a great celebration of Canadian talent.”

Creatively, the video was a true collaboration between director and artist.

“She wanted to tell the story of empowerment and being uplifted and uplifting all the other people in the video,” Boltt explained. “So that was her vision of this kind of transformation that sort of happens in this factory environment.”

Boltt described it as a combination of Janet Jackson’s ‘Rhythm Nation’ and “a little bit, sort of, Oliver Twist.”

Anthony told iHeartRadio.ca that the video starts with girls in dark clothes working like robots at a factory’s conveyor belt. “Then I pop up and hit a button and say ‘times up, now imma turn the tables.’ This is the moment where the women stop and realize they have choices and they can do what they want and be who they want.”

The tone of the video brightens to reflect the transformation. “We all rally together to escape this factory and embrace the choices we have in our lives,” Anthony explained. “They put a crown on me, made of pieces from the factory wall to represent that we are all going to conquer the world together and each control our destiny.” 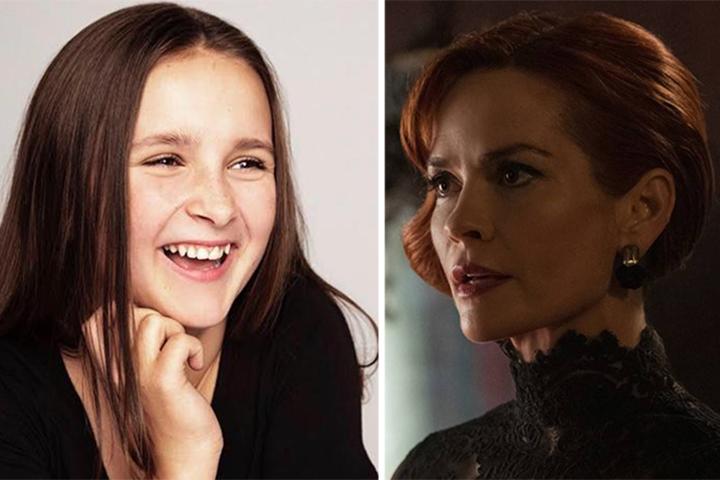 Boltt said Anthony wasn’t afraid to put in the work. “The thing with Victoria is she really wants to do all her own stuff,” she said. “Even though there were a couple of stunts involved and there’s all this dancing while singing… she just wanted to do everything.

“We had stand-ins and a stunt double and dancers that could take her place but we didn’t end up using them because she was so keen.”

The video is currently in post-production and Boltt hopes it will find its way to P!NK, who’s back in Vancouver for shows at Rogers Arena on April 5 and 6.

Boltt was born in South Africa but spent years living in New Zealand, where her husband Philip Boltt did motion capture work for director Peter Jackson’s Hobbit trilogy. (He's doing visual effects for Anthony’s video.) The couple and son Jupiter, now 10, came to B.C. so Philip could work on the Planet of the Apes movies.

“I fell in love with Vancouver the moment I arrived here,” Nathalie said. “When I arrived here I looked around, met people, auditioned for Riverdale and got it, and just went, ‘Wow, this city is happening and stunningly beautiful.’ It just opened itself to me.

“Sometimes you arrive in a place and you feel like you’re meant to be there. That was four years ago and the doors haven’t stopped opening since so I am incredibly grateful to Vancouver and Canada as a whole. I’m a permanent resident now. It happened so smoothly I just feel like it’s meant to be.”

Boltt recently wrapped the third season of Riverdale (the finale airs May 15) but will be back for a fourth.

“I love Penelope more than I can possibly explain,” she said. “The show has been so great with developing the character into this crazy woman.

“I can only tell you that the end of Season 3 is going to blow people’s minds. It just gets crazier and crazier and more fun as we go along. Keep watching, is all I can say.”

While we wait for the “Because I’m A Girl” video to debut, here’s an exclusive first-look behind the scenes: