Shawn Mendes strikes a serious pose with Hailey Baldwin in a photo he shared Tuesday on Instagram.

The 19-year-old Canadian singer was in L.A. to tape an episode of James Corden’s rap battle series Drop The Mic, which is co-hosted by Baldwin.

The appearance gave Mendes a chance to hang out with Baldwin, who posted a pair of photos of the singer in his pre-battle robe backstage on her Tumblr blog. 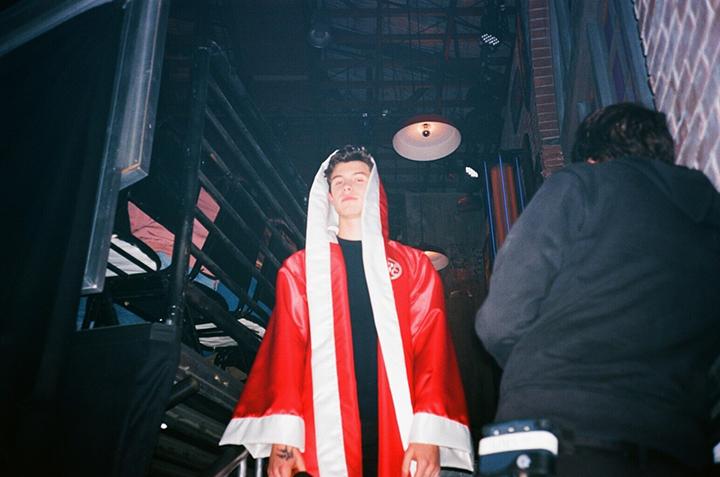 “He's a friend of mine and we hang out so I see why people obviously want to make assumptions,” she told Access. “Any guy I hang out with people are like ‘she must be dating him’ or something’s going on.

“I don’t ever really feel like I have to explain myself.”

In 2016, Mendes put an end to rumours that he was dating Camila Cabello, with whom he recorded “I Know What You Did Last Summer.” The singer told People: “A thing? No, we weren’t, actually. We’re just really close friends. She is one of those people who is just very easy to connect with and still, to this day, is one of my greatest friends.”

Appearing together on The Late Late Show with James Corden in 2015, both Mendes and Cabello denied they were dating. “He has never tried to make a move,” Cabello insisted.

Mendes is gearing up for the release of his third album and a string of festival gigs this summer (including in Ottawa, Quebec City and PEI in July). He is also set to perform for Queen Elizabeth II at London’s Royal Albert Hall on April 21.