The 20-year-old Canadian on Saturday shared two images from a new Calvin Klein campaign that shows him sporting nothing but boxer-briefs.

Mendes’ toned torso was trimmed for the images, which showcase him reclining in a chair while in black underwear; leaning against a kitchen counter in white ones; and kneeling on the floor of a wood-panelled room in blue underwear. 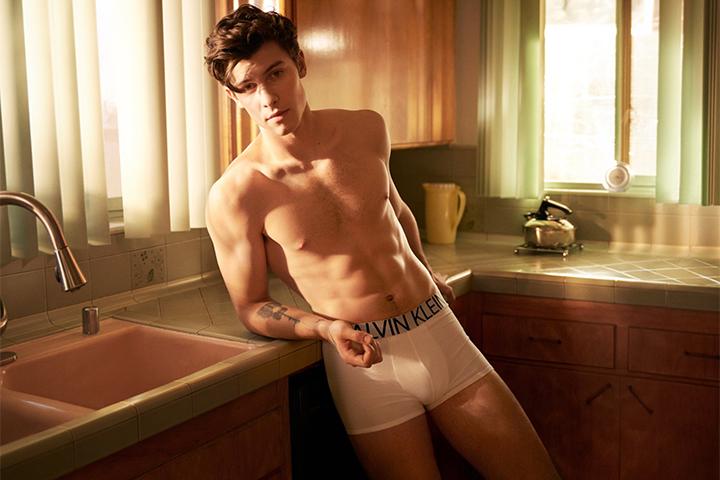 The photos have caused quite a stir on social media. "Oh my actual days," tweeted open-gay singer Calum Scott.

Fans are also going nuts for a campaign video clip that shows Mendes putting jeans on over his Calvins.

Mendes is the second Canadian pop star to strip down for Calvin Klein since Justin Bieber showed off his buff body for the brand in 2015.