Sting Returns To Toronto Bar Where The Police Made Canadian Debut

Sting took a moment over the weekend to revisit the Toronto bar where The Police made their Canadian debut 40 years ago.

The 67-year-old singer, who is in the city until March 24 starring in The Last Ship, posed for a photo outside the Horseshoe Tavern on Queen Street West that he later shared on Instagram.

A visit back to the @horseshoetavern where The Police played in November of 1978. Thanks Tanya and Rich #Toronto #TheLastShip www.mirvish.com

The Police performed at the venue on Nov. 2 and 3, 1978, roughly two weeks after they made their North American debut in New York City.

The band’s first show at the Horseshoe took place on the same day their debut album, Outlandos d’Amour, was released. Fewer than 30 people each night forked over the $3 cover charge to see The Police. 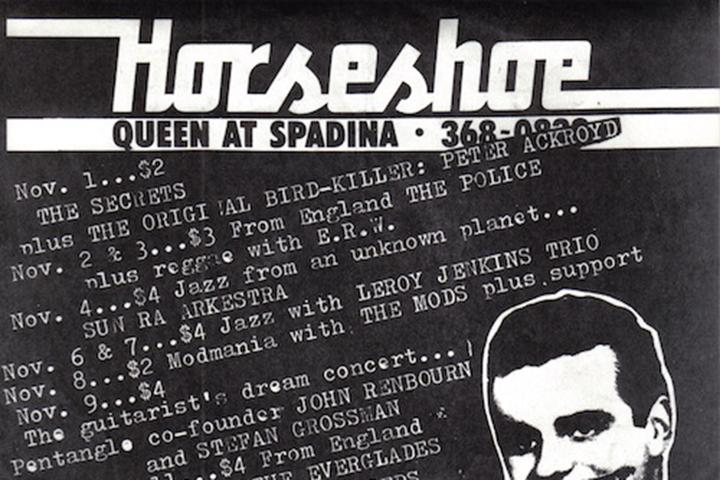 The buzz around Sting and his band started to get louder when “Roxanne” was released as a single in Canada early in 1979. The Police returned to Toronto to play The Edge but by November they had been booked for a pair of concerts at the Danforth Music Hall.

By the time the Zenyatta Mondatta Tour rolled through Canada, The Police had upgraded to Massey Hall.

The group became so popular in Toronto that it headlined three summer festivals, dubbed The Police Picnic, in the early ‘80s. The inaugural event, held in a field in nearby Oakville in August 1981, saw The Police joined by The Payolas, Nash the Slash, Oingo Boingo, Iggy Pop, The Specials and The Go-Gos.

The Police Picnic was held in 1982 and 1983 on the CNE grounds in Toronto with acts like A Flock of Seagulls, The English Beat, Joan Jett and the Blackhearts, Talking Heads, Simple Minds, The Fixx, Peter Tosh, and Spoons.

When The Police reunited for a tour in 2007, they played for about 70,000 fans over four nights in Toronto.