Taylor Swift On Leaked Call: 'I Was Telling The Truth'

Taylor Swift took to social media on Monday to urge fans to focus their energy on doing some good during the COVID-19 crisis.

In a message she shared via Instagram Story, the pop star told her followers to “swipe up to see what really matters,” leading them to the donation page at the website of Feeding America.

Swift was capitalizing on the attention sparked last weekend by a leaked recording of her phone conversation with Kanye West that appears to prove what the singer has claimed all along – that she didn’t approve of being called a “b**ch” on West’s track “Famous.”

She decided to provide the link to the charity website “instead of answering those who are asking how I feel about the video footage that leaked, proving that I was telling the truth the whole time about *that call* (you know, the one that was illegally recorded, that somebody edited and manipulated in order to frame me and put me, my family, and fans through hell for 4 years)…”

Unlike Canadian law, California (where West likely was at the time) requires both parties in a phone call to consent to being recorded.

Swift said she has been giving to Feeding America – a network of food banks across the U.S. – and the World Health Organization. “If you have the ability to, please join me in donating during this crisis,” she wrote. 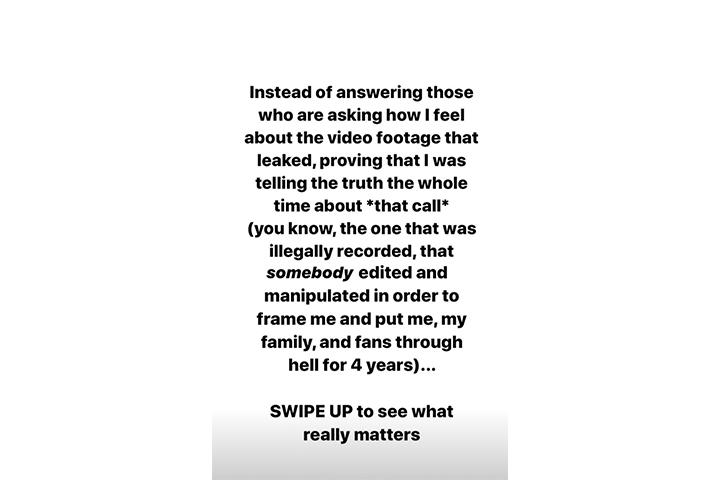