“Beloved son, brother, and Shepard of good times, he was loved by all that met him,” read a message on the band’s Instagram account. “A walking encyclopedia of all things music. He was a hugger, a writer, and truly one of the world’s greatest entertainers. His lyrics provided the world with stories and spells and horror and whimsy. It was his life to be your show.”

A cause of death was not disclosed but the post about his death included the phone number for a suicide prevention resource in the U.S.

Only days ago, Strnad posted a photo on Instagram of himself with girlfriend Violet Knox that he captioned with a black heart emoji. 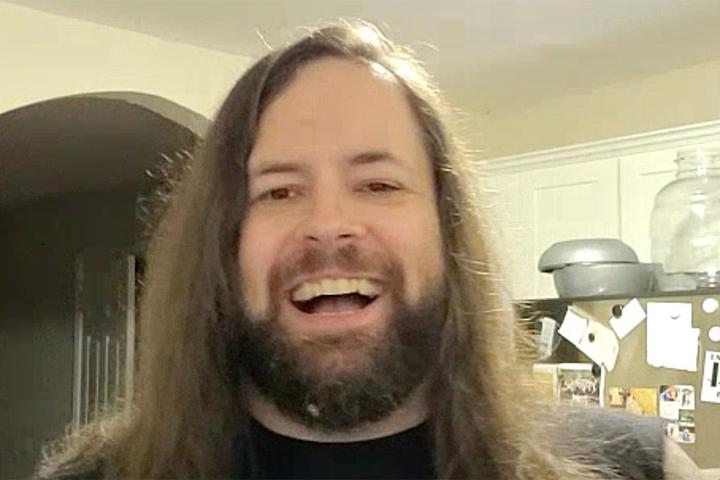 Trevor Strnad, pictured in a Cameo greeting he recorded for a fan. cameo.com

Strnad was a founding member of the The Black Dahlia Murder, which has released nine studio albums in the past two decades.

The band had more than a dozen shows lined up for August in the UK and Europe.

“It's like a drug, the challenge of it all. There is a masochistic thrill in performing this technically demanding music that you just can't get anywhere else,” Strnad said, in a release for their latest album, Verminous. “We are a live band through and through. We live to destroy ourselves onstage every night. We give 110 percent every time and drain ourselves until there is nothing left to give. It's a good pain and I wouldn't do things any other way.”

If you or someone you know is struggling with mental health, click here to talk to someone who can help.

Listen to music from The Black Dahlia Murder