Thomas Rhett Is Ready To Give Pop A Shot

Now that Thomas Rhett has established himself as a bona fide country music star, will he dip his toes in the pop world?

“I mean, you never know,” the 29-year-old singer told iHeartRadio.ca on Tuesday. “There are a lot of conversations in the works right now.”

Rhett said he’s become friends with The Chainsmokers, Diplo, Khalid, and Canada’s Shawn Mendes, “so I feel like it’s only a matter of time before we get into a room and write something that happens to be my first ever legitimate crossover song.”

The goal, he said, is to find the right song. “I never want to jump on something because it might be played on a pop radio station. I want to make sure that it’s very genuine to me as an artist and genuine to the other people who are on the track,”  he explained.

Maybe Rhett – a golfing buddy of Niall Horan – will be the fifth member of a reunited One Direction? “I would definitely be a part of that,” he said.

Rhett seems to be warming up for crossover success with his fourth studio album Center Point Road, which comes out on May 31. It has the right amount of country twang – he sings about a truck and the wonders of beer! – but also boasts a handful of tracks that would fit nicely on a pop playlist.

The lead single, “Look What God Gave Her” is a crank-it-up celebration of women (specifically his wife Lauren) and “VHS” is a pure ‘90s pop banger.

Rhett insisted he didn’t intend to test out a different genre.

“I wish I could say that I wrote for that purpose but I feel like a lot of the time when I’m writing I’m really just kind of going, ‘This feels good.’ And when we sit down and write songs… sometimes I’m going ‘Hey I’m really in a Tom Petty mood today. Let’s write something that feels like that’ but for the most part I like to sit down and just say ‘Let’s write the best song we can today.’

“And whatever that comes out as, I’m going to leave it up to the music gods.”

Rhett, who was named Male Artist of the Year at the ACM Awards earlier this month, named his new album after the street in the Tennessee town where he grew up. The title track, and others, have the singer reflecting on his early years. But, surely he’s too young to be so nostalgic? “I do feel like I’m an old soul, though,” he said. “I do feel like I’m getting older but it’s probably because I’ve got kids and I feel like I’m aging a lot quicker than I used to.”

Rhett explained: “There’s so much stuff that happened that shaped me when I was growing up, from like 10 years old to 21. So much stuff happened that I feel like I got to dive back into my 15 self or my 18-year-old self and be like ‘What was I dealing with them? What did I worry about then? What was I happy about then?’ and how can I take what I felt then and apply it to what I am now?

"The record is just nostalgic in that way, where it is so much about ‘this happened in my past and now I’m 29 years old writing about what happened in my past.’ And I feel like I’m able to write it from a way more personal perspective because I’ve actually experienced this stuff, it that makes any sense.”

Rhett said he hopes fans will listen to all 16 tracks on Center Point Road from start to finish. “I grew up with a dad who used to go to the record store and have to buy the album and if it wasn’t there, you didn’t get it,” he said, referring to Nashville hitmaker Rhett Akins. “And so when I’m making records I love for them to sound — even if there’s a lot of songs that are way different from each other – I still want it to be cohesively a Thomas Rhett record.

“For me, it’s country at the core but it’s got branches. It’s kind of like the Enneagram…like, we’re a four but we’re a wing 10 or whatever that is. I like for there to be branches on my record of just whatever I’m influenced by to be a part of the country record that I’m making.” 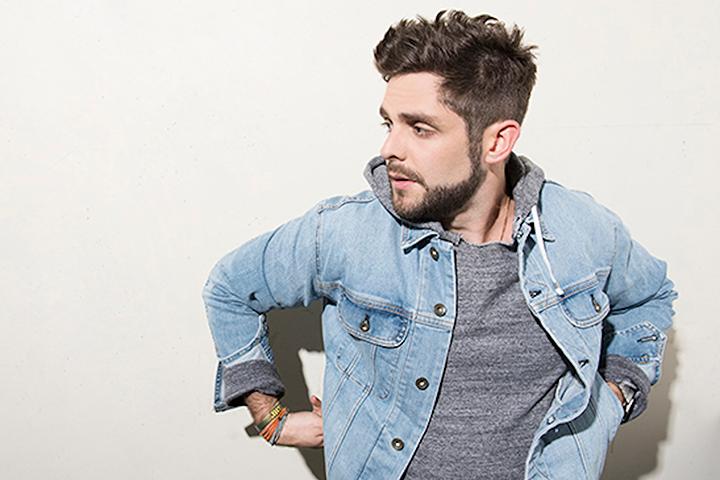 The fact that he can play big arenas in urban markets isn’t lost on Rhett.

“People are starting to consume music very differently. They might have gone to the Drake concert on Wednesday but they’re going to the Thomas Rhett concert on Friday – and not because they’re similar but just because they can listen to both and it’s not so distinctively like ‘Well, this is that and this is that.’ There’s way more of a grey area now in music.”

Rhett said seeing his fans singing along is “the coolest thing on the planet.”

He added: “It’s a feeling that’s very addicting. When people sing songs back to you that you spent so many hours writing and producing and getting on the radio, that is the full circle moment there.”

Some of these songs are about his wife of more than six years, with whom he has daughters Willa and Ada.

“The very first song I wrote about Lauren was ‘Die a Happy Man’ and when that song was so successful it was like, ‘Man, I guess it’s OK and acceptable to write a super personal love song about your wife.’ And so on this record there are a few that just kind of rocked me.

Rhett gets into that on “Dream You Never Had,” an unabashedly autobiographical track in which he sings: “You married the music the day that you married me.” 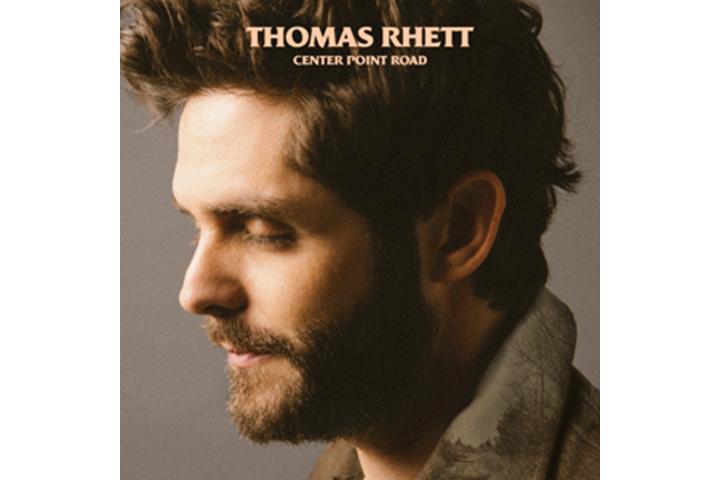 He admitted becoming a dad has changed the decisions he makes. “When you’re first starting out you kind of just have to say ‘yes’ to everything but now that I have kids, I still try to do as much as I possibly can, but now if there is something really important that’s happening in town – like Willa’s ballet recital or something like that – I will definitely look at my options differently.

“When you have kids your priorities change a little bit. Today my kids are my No. 1 for sure priority but I do love that they get to come on the road because it makes being on the road feel a lot more like home.”

At home, he said, the girls are his biggest fans. “We sing all the time at the house and when we get in the car it’s nothing but my music that plays because they get really mad if I change it to somebody different,” said Rhett. “I’m kind of soaking it in while I can.”

Clearly they love it😂 happy Easter y’all! Hope everyone is spending time with their families. Thank you Jesus for this beautiful day🙌🏼

Asked if they were hesitant to expose their daughters to the judgment and negativity of social media, he replied: “Look, there’s haters everywhere and when we had kids we were a little bit cautious about what do we post about our kids. For a second there we were like, ‘We’re not posting about our kids, period.’

Overall, Rhett is a big fan of using social media to engage with fans. “I get so much of my read for what the next single should be just from Instagram or Twitter” he explained. “It’s really cool when fans can help you pick what songs you’re going to put out on the radio.”

Rhett’s also not shy about jumping on his DMs. “I try to reply as much as I can, especially when people have issues like, ‘Hey I can’t find the ticket link,’ and really try to help people get to where they need to be if they can’t figure it out.”