Tina Turner shared a photo of herself Friday saying her final goodbyes to her son after losing him to suicide less than a month ago.

“My saddest moment as a mother. On Thursday, July 19 2018, I said my final goodbye to my son, Craig Raymond Turner, when I gathered with family and friends to scatter his ashes off the coast of California,” she wrote in a Twitter post, along with a photo of her dropping a rose into the sea. “He was fifty-nine when he died so tragically, but he will always be my baby.”

Turner’s son died of a self-inflicted gun shot wound, according to police reports. 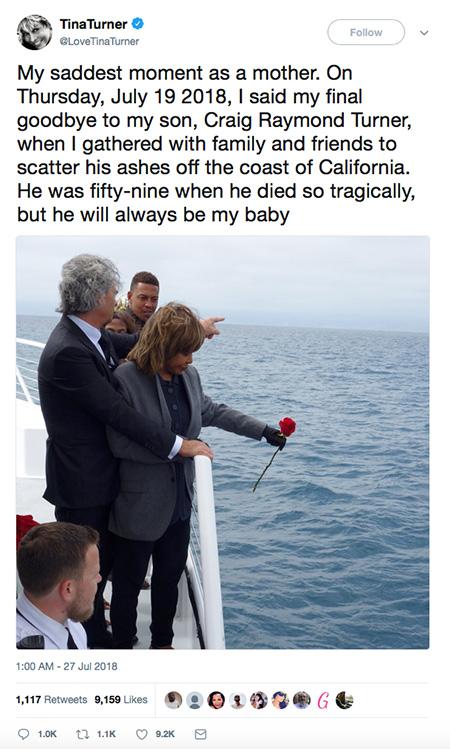