Victoria Beckham Would Rather Die Than Wear Justin Bieber Crocs

Victoria Beckham has admitted she would rather die than wear Justin Bieber’s custom Crocs.

The Spice Girl with her own fashion empire shared a photo of the Drew House Crocs she received from the Canadian pop star in an Instagram Story and wrote: “Never worn a pair of Crocs. This did make me laugh, I mean, it is the thought that counts.”

Beckham then polled her followers: “Will I be wearing lilac crocs?!” A majority (57 percent) voted “NO!”

“Well that was close!,” Beckham commented. “I think I’d rather die but thank you anyway @justinbieber.”

Posh Spice later insisted her beef with Bieber’s plastic footwear was all in fun. “The Beckhams still love you,” she wrote in another Instagram Story. 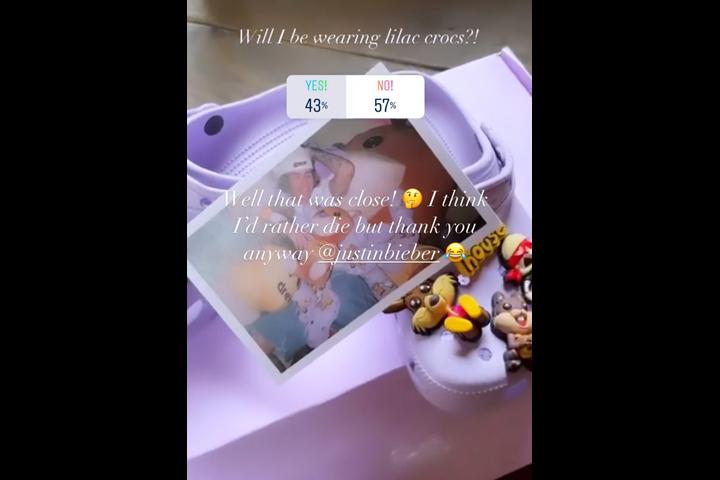