The world is about to be introduced to Kameron Ross, a country singer with dreams of making it big in a genre that is not traditionally accepting of openly gay artists.

The audition was taped without a live audience inside the 3,000-seat Pasadena Civic Auditorium in March, just as the COVID-19 pandemic was looming.

Cowell stopped the audition and asked Ross to show off his vocals without the backing track.

Ross sings Chris Young’s “What If I Stay” and (spoiler alert) is voted through to the next round of competition.

Ross, who's in his early 30s and works as a sales manager for a tech company in Dallas, has been performing country music since he was young. On AGT, he recalled how he caught the bug at eight years old when his parents took him to see Canada’s Shania Twain in concert.

“I remember the moment of being there and knowing that was what I wanted to do,” he said.

After years of performing live shows, he decided it was important to be true to himself.

“Coming out is always a hard thing,” said Ross, “and singing in small towns in east Texas, there’s a lot of religious people and strict values so I started to see less interest in my music and started losing gigs as well.

“At that point you start to question, is this what I want to do? Is your dream worth who you are? I took a break from music to figure that out.”

Half of the winners in AGT’s first 14 seasons were singers but only one – Season 11 winner Grace VanderWaal – went on to have any notable success. Only one country singer, Kevin Skinner, has won AGT but he stepped away from the spotlight after his 2010 album Long Ride flopped.

Although AGT boasts that its winner receives $1 million (all figures U.S.), the grand prize is, in fact, a taxable $25,000 a year paid out over 40 years. (The winner can choose to take a lump sum instead, estimated to be a little less than $200,000 after taxes.)

The Judge Cuts episode of AGT airs July 28 and the live shows are set to begin Aug. 11.

Here’s what you need to know about Kameron Ross:

He is all about Texas

Ross was born and raised in Texas and attended both Texas A&M University and the University of Houston. He also has an outline of the state of Texas tattooed on his back (and a cross on top of his right shoulder).

He is in love

Ross is in a relationship with Lio Botello, co-owner of Sugar Daddy’s Cakery in Dallas, who was featured on the Netflix series Sugar Rush.

Happy Birthday to the keeper of my heart! Here’s to an amazing birthday and I’m extremely excited to the many more birthdays we get to spend together! I love ya babes! 🥳😘❤️ . 📸 @the.light.inyou thank you for capturing some of the most amazing moments with my love 🤗 . . . . . . #forever #cute #couple #photography #beautiful #smile #love #instagay #gayhot #lgbt #photooftheday #relationshipgoals #kiss #happy #gayman #gaypride #gayfitness #boyfriend #gaycouple #gayscruff #beard #birthday #celebrate #happybirthday #waterfall #photoshoot #photography #art #happy #dallas #texas #houston

He recorded a CD when he was 17

Ross put out a demo with three songs: “Bag of Chips,” “A Man Thing” and “Win Some, Lose Some, Lonesome.” 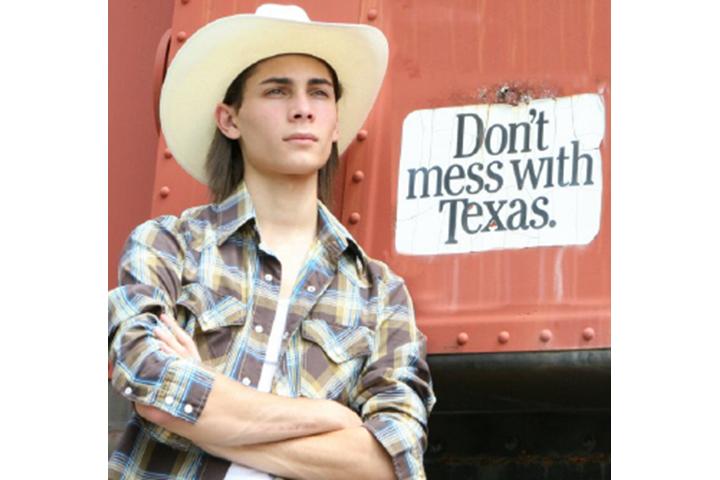 He is active on social media

Although he’s a newcomer to TikTok, Ross is on Facebook, Instagram and Twitter. The number of followers on each is sure to increase after his AGT debut.

He performed with Kacey Musgraves

Ross said he once shared a stage in Mineola, Texas with the future Golden Hour star.

@spaceykacey & I many many years ago singin’ together in East Texas! So excited for her @cma award ALBUM OF THE YEAR win tonight! Golden Hour is truly a magical album!! I can only hope to be in the running for such a wonderful award one day and for us to share the stage again! 🦋💙💚💛🧡 . . . . #singersongwriter #singer #songwriter #nashville #nashvillestar #kaceymusgraves #kacey #easttexas #texas #texan #texans #mineola #album #albumoftheyear #countrymusic #popmusic #music #butterflies #loveit #tx #cmaaward #award #Tennessee #tbt #throwback

He has auditioned for competition shows before

He sings a lot

On his YouTube channel, Ross showcases covers of tracks by artists like Blake Shelton, Merle Haggard, Brooks & Dunn and Chris Young. He also put some twang in Randy Newman’s “You Got a Friend In Me” from Toy Story.

Ross not only loves to play but he coaches a women’s volleyball team. “Words cannot express the passion I have for this sport,” he shared on Instagram.

Ross proves that everything is bigger in Texas by regularly posting photos on Instagram that show him in nothing but a swimsuit or underwear.

hey all you cool cats and kittens! a little throwback pre corona. when we had gyms and a life ☹️ y’all stay inside so we can have our life’s back! i will say I have enjoyed a lot of cinnamon rolls and margs 🤣😋❤️ . . . . . #gymlife #healthy #fitnessmotivation #bigcatrescue #tigerkingnetflix #bodypositive #fitnessbody #tigerkingmemes #joeexotic #memories #fit #body #fitnessaddict #fitness #thetigerking #freejoeexotic #tigerking #training #dallas #texas #help #gay #workout #carolbaskinkilledherhusband #gym #carolbaskin #fitnessmodel #carolebaskin #throwback #tbt