Shawn Mendes unveiled his new video for “In My Blood” on Tuesday.

Mendes had teased fans on Twitter earlier in the day about the impending release. 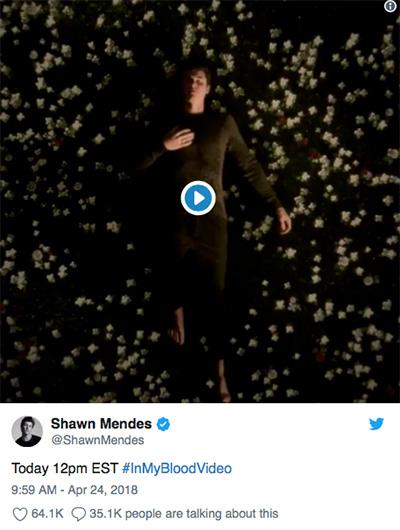 Fans were quick to point out the day of the release also marked the five-year anniversary of the Canadian pop singer's first-ever post on the now-defunct social media platform Vine.

Directed by Jay Martin, the simple but emotional video was shot as one continuous scene.

"In My Blood" has been falling on the Billboard Hot 100 chart since its release. Currently at No. 38, it peaked at only No. 22. It is the first single from Mendes' forthcoming third studio album.

Watch the video below: