Taylor Swift is gifting fans with a new song, "ME!," featuring Panic! At The Disco’s Brendon Urie.

Swift has been teasing something new since mid-April, when the pop superstar started posting pastel-coloured images on social media captioned with nothing more than “4/26.”

On Thursday, she shared a photo of herself standing in front of a butterfly mural with “ME!” above her head. 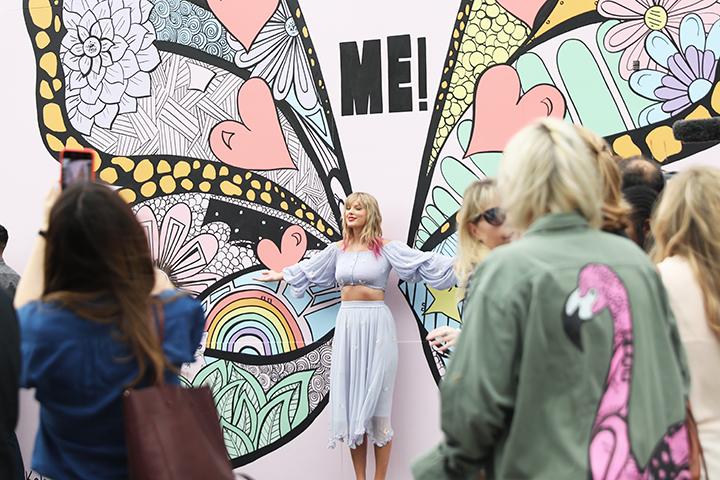 Swift has not yet said when the new album will be out.

She has released six albums since her self-titled debut in 2006 – and she was methodical about dropping a new one every two years until Reputation, which didn’t come out until 2017.

Urie has been featured on singles by Dillon Francis (2014's "Love in the Middle of a Firefight") and by Benny Blanco and Juice Wrld (2018's "Roses"). Panic! At The Disco had a big hit with last year's "High Hopes" off the album Pray for the Wicked.