Why Don’t We member Jonah Marais is asking for fans’ help to recover his personal journal, which was stolen on Sunday.

In an Instagram Story on Tuesday, the 23-year-old singer said the journal “containing song lyrics and my thoughts from the last 6 months” was in a backpack taken from the Hotel Via in San Francisco while he was attending a baseball game.

Marais shared several images from security cameras showing a man walking away with his backpack as well as two bags of camera gear and clothing owned by his friend, music video director Jason Koenig.

“Maybe this man needs our stuff more than we do, but some of it is irreplaceable,” Marais wrote. “I’d love my journal back.”

The singer added that he and Koenig, whose camera gear is reportedly valued at more than $50,000, filed a police report but are hoping his 2.1 million Instagram followers can help identify the suspect.

“I know it’s a long shot but maybe you guys can help.” 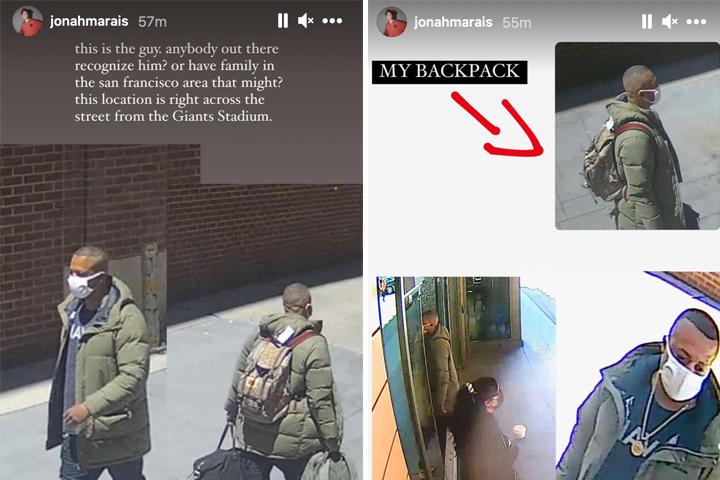 Listen to music from Why Don't We