Chants, as well as silence, fill the streets of Toronto in two anti-Black racism rallies

Thousands of people marched, chanted, as well as observed eight minutes and 46 seconds of silence in memory of George Floyd, during two anti-Black racism protests in Toronto Saturday.

The first began around noon at Nathan Phillips Square, dubbed Action For Injustice, as the crowd marched in front of the U.S. consulate on University Avenue, before continuing on to Yonge-Dundas Square.

University Avenue in Toronto:
8 minutes and 46 seconds, in memory of #GeorgeFloyd. pic.twitter.com/AIIniRatvn

At the consulate, they knelt on knee for the amount of time Floyd had a police officer pressed down on his neck and killed May 25, sparking ongoing protests in the United States and abroad. 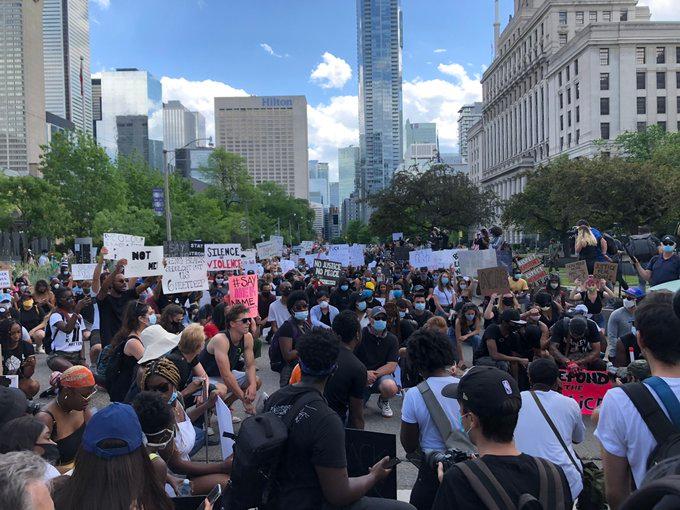 For Carol, a 57-year-old black woman, it was her first time taking part in a protest.

"That's the moment that I said absolutely not," she said. "This is for my descendants and the young people that are growing up, they shouldn't have to grow up in a world full of racism because of the colour of their skin."

"This is my time to speak up."

Tommy Odetunde marched towards Yonge-Dundas Square as he talked about the jabs he's heard as a young man. 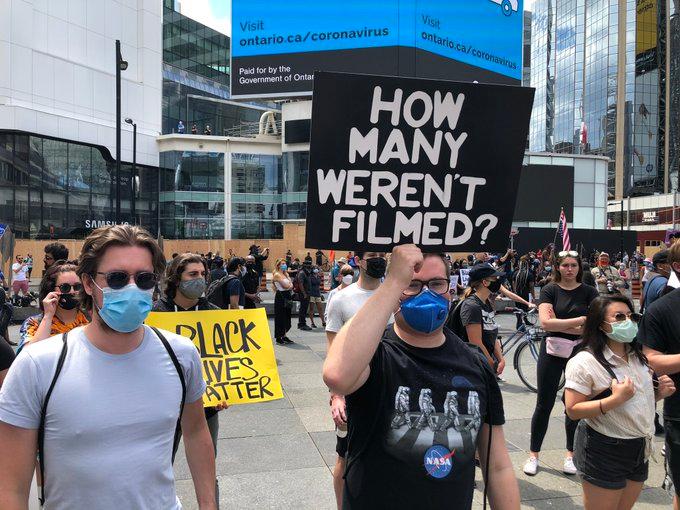 At the consulate, there was also another instance of police kneeling with the protestors, including Insp. Matt Moyer, who got emotional at the scene.

The second crowd made its way from Trinity Bellwoods Park all the way to Queen's Park, including a group that like the first, stopped in front of the consulate. 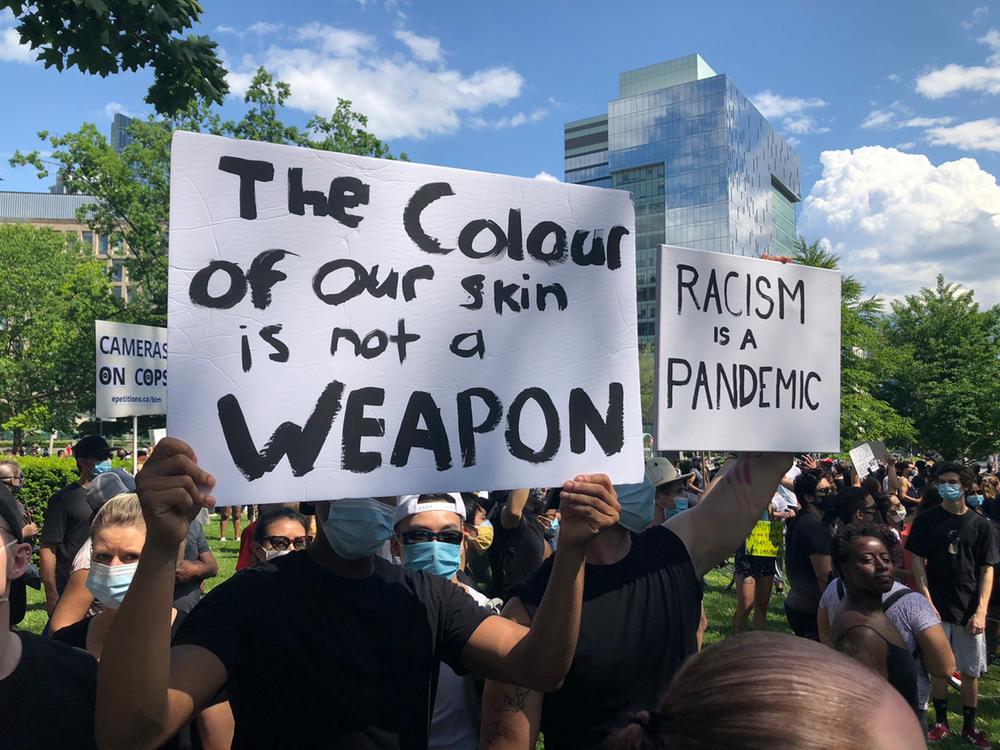 Despite the concerns leading up the weekend about rumours regarding possible rioters and looters, the events remained peaceful. 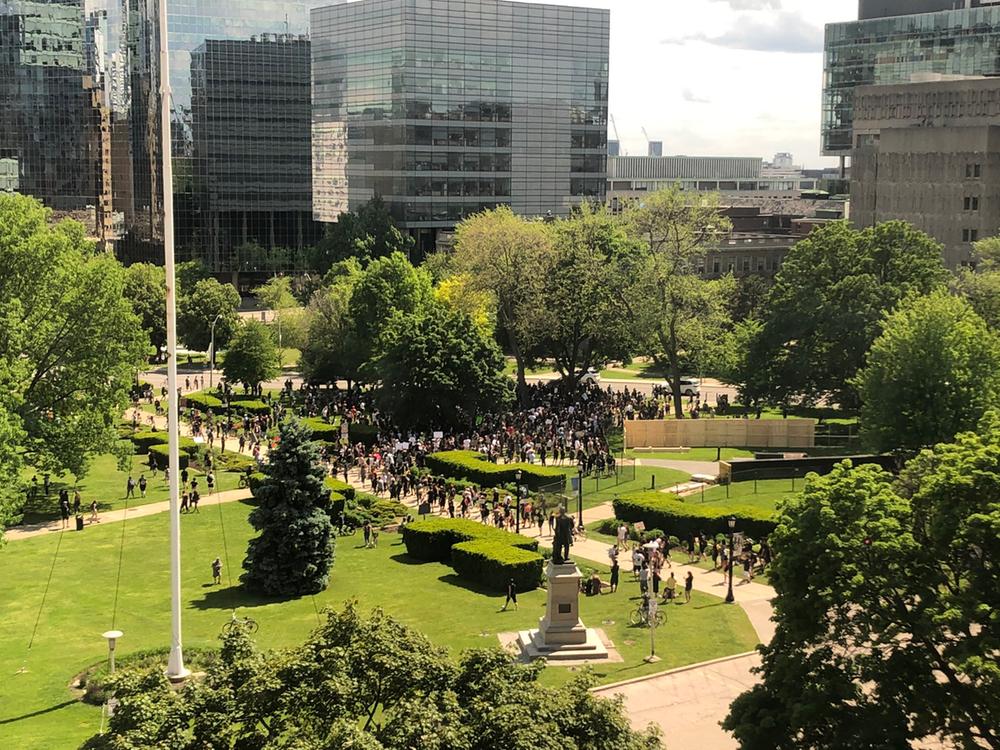 There was an ugly moment, when a man dressed up in blackface interrupted the event early on at Nathan Phillips Square, stepping into a circle as people were chanting.

The crowd quickly surrounded him and someone splashed water in his face, but police intervened before things escalated and he was arrested for breaching the peace.

"In any investigation, if ‘Hate Crime’ charges are laid, this is determined in consultation with the Crown Attorney at a later date," police said.

WARNING: Language and content; Someone dressed up in blackface interrupted the rally at Nathan Phillips Square. Tense moments before police intervened and took him away. CP24 reports the man was charged for breach of the peace.. . . . . #toronto #blackface #torontoprotest #nathanphillipssquare #cityhall #june6 #blacklivesmatter