EXCLUSIVE: School boards had an option for better ventilation before classes began

Here's a look at the fan technology that Oakville company @bigassfans was hoping school boards would adopt to help clean classrooms of any COVID-19 threat. NEWSTALK 1010 has learned that Big Ass Fans has created a UV fan that is 99.9% effective at killing all airborne bacteria and viruses. FULL DETAILS on why the government passed on them 👉 tap the link in our bio

For months the conversation around properly ventilated classrooms has been a topic of discussion and concern as kids return to school.

NEWSTALK 1010 has learned that a company in Oakville has created a UV fan that is 99.99% effective at killing all airborne bacteria and viruses.

“The fan is basically creating a disinfection zone above the fan blades. That’s the basic design. So, what we want to do is have the fan moving in a room, pulling all the contaminated air up the walls, along the ceiling, through the disinfection zone, and then down onto whoever is standing underneath,” describes Edward Andria, managing director at Big Ass Fans. 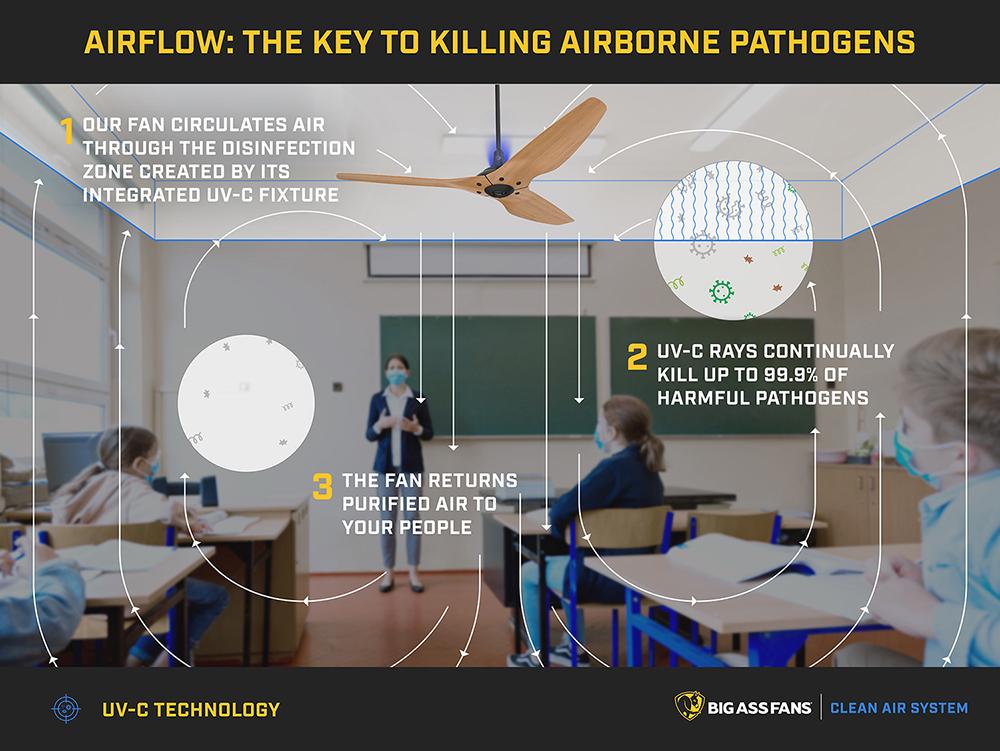 He and his team have been trying to reach the Ministry of Education and every school board in the GTA over the past eight weeks. “We’ve been getting automated responses, you know, ‘thank you for your interest, thank you for your response. It’s all very generic.”

The fans cost up to $3,000 each and each classroom would likely need two installed. “In comparison to what a hepa filter air conditioning system would cost we’re a quarter, maybe a third...depending on what size they are. So, it’s all how the application is applied. If you can’t have air conditioning, then a fan will not only clean the air but it also goes back to the comfort,” Andria says.

If the province and school boards returned the messages left for them by Big Ass Fans two months ago, the system would’ve been installed in most schools in time for back-to-school. Now, because most classes have returned, it’ll be a little more tricky. “If this conversation happened eight weeks ago when we first officially launched the product, we would’ve had two months to figure out high risk areas where there are all the yellow spots, according to what the premier has been calling them lately...at least focusing in on those areas as the primary targets.” Andria says.

It’s not all lost. He says the fans can be installed over the weekends and Christmas break. 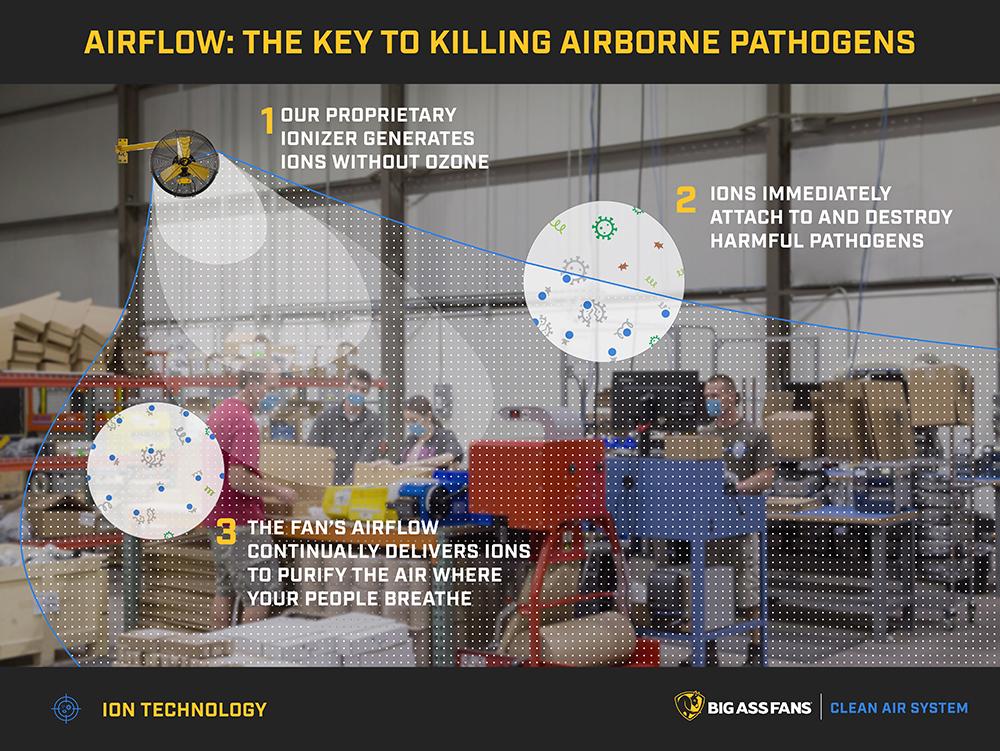