TORONTO - When the Toronto International Film Festival unfurls its red carpets each year, executives at Visa expect moviegoers in the hundreds of thousands to see the credit card company's name in glowing lights, but in the midst of a global pandemic the usual marketing playbook has gone out the window.

Less than two months before the festival was set to kick off, it was still uncertain if the Visa Screening Room at the Princess of Wales would even open. Having crowds pack into the indoor venue wasn't realistic under Ontario's Stage 3 measures, but like the rest of the world, everything was in flux.

So when TIFF opted against most theatrical screenings - outside of a small number at TIFF Bell Lightbox - that left Visa and the festival's major sponsors back at the drawing board trying to figure out how they'd define themselves in this uncharted era.

``If you talked to me in early August I may have not been as optimistic,'' said Heather Nobes, the senior director of marketing and sponsorships at Visa Canada.

``Our activation plans with TIFF are normally firm by June, which includes theatre branding, red carpet experiences and the cardholder lounge.''

None of those splashy events are taking place this year, but Visa's brand will be in the spotlight in other ways.

The company plans to host a fleet of Canadians in their cars at the Visa Skyline Drive-In in downtown Toronto during 10 nights of TIFF premieres.

Three of the screenings will be exclusively for card holders and small businesses, a substitute for the usual approach, which includes handing out complimentary theatre tickets to its partners.

It's a compromise, but one that Nobes believes ``isn't just good given the circumstances'' but a win for Visa in any year.

The concept positions the brand in the middle of a memorable new experience, even if the nightly crowd of cinephiles is expected to be much smaller.

Whether it's during the festival or at TIFF's year-round events before the pandemic, they keep the organization humming.

While TIFF pulled in $21.8 million through movie ticket sales and other earned revenues in 2019, it was corporate sponsorships that represented the second biggest source of funds, roughly $13.5 million for the year. That's well above what TIFF collected from donors ($5.1 million) and government grants ($4.4 million) combined.

Yet sponsors can be a fickle group of participants in cultural events, despite their deep pockets.

While Visa has sponsored TIFF for 24 years, others don't necessarily share that history, and their decisions can be made with financial and marketing objectives in mind. After signing a multi-year contract, some companies may suddenly disappear if they didn't think it was worth the price of admission.

The owners of beer company Grolsch bolted after last year's festival, which carried their name on TIFF's marquee People's Choice Award. The $15,000 prize is moving forward without a corporate backer and no announced dollar amount in 2020. 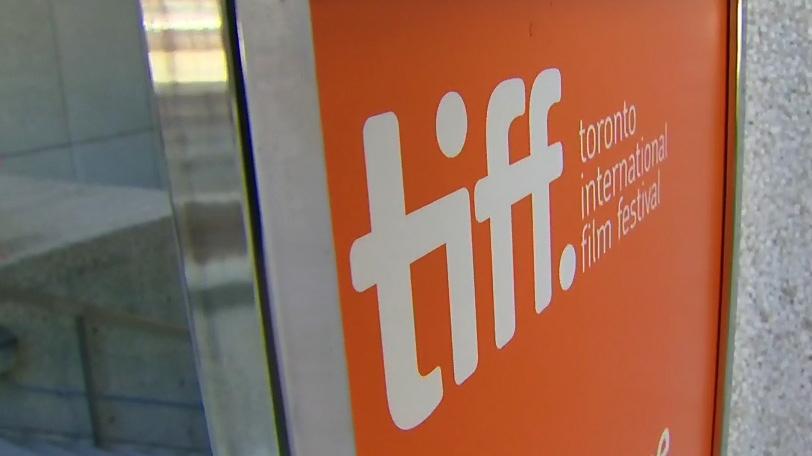 A representative for TIFF declined to make someone available to discuss relationships with its sponsors or its financial report.

Under the weight of a pandemic, TIFF's existing sponsors will become an even larger slice of revenues in what's certain to be much smaller pie this year.

The five-screen Lightbox hasn't opened for regular showings since the pandemic temporarily shut everything down in March, and a slimmed-down film festival isn't likely to help TIFF's bottom line.

The organization projects its revenues will drop by 50 per cent this year.

Ticket packages that once sold for hundreds of dollars aren't on the menu this year, and neither are pricey seats at gala screenings.

And while TIFF will be accessible to audiences nationwide through a virtual platform, a single ticket admits an entire household, so those revenues will also be under pressure too.

Leaders at various other TIFF sponsors described a summer filled with hurried conference calls and lingering questions about the direction of the festival as the pandemic ruled out some of the event's most unique features.

``We're working to together and collaboratively to deal with the new situation, within the terms of our contract,'' said Devorah Lithwick, senior vice president of brands at Bell. ``A lot of it is good faith, between the both of us, in terms of what we can manage to land in time.''

In 2014, TIFF launched Festival Street, a stretch of King Street West reserved for corporate sponsors who lined a block with promotional installations that ranged from selfie hotspots to handing out free samples of iced tea. It became a money-making offshoot of the main event, attracting casual passersby and families who might've otherwise skipped the film screenings. Festival Street was called off this year, for obvious reasons.

Even before COVID-19 dealt a blow to the theatrical exhibition industry, TIFF was in the middle of a troublesome period in its history caught in broader changes that saw film buffs often choosing streaming services over movie houses.

A five-year strategic plan was launched in January 2018 in hopes of turning around the operations and laying the roadway for a vibrant future.

But shortly after last year's festival, TIFF laid off 15 employees as part of a ``comprehensive review,'' and cuts extended into 2020 when another 31 jobs were eliminated.

Those setbacks pressured co-heads Joana Vicente and Cameron Bailey to deliver more attractive financial streams that could thrive for years.

TIFF has also shown operational improvement with excess revenues over expenses of $3.9 million in 2019, a significant increase over the prior year when it saw just $66,000.

But the TIFF Tribute dinner is also cancelled this year, being replaced with a televised awards fundraiser that hopes average movie fans will make a pledge.

The show will be carried by CTV, a broadcast network owned by TIFF's leading sponsor Bell.

These changes were created as bandages to the problem created by a global pandemic, but some of the sponsors believe the good ones will stick around long after the virus is history.

Canada Goose attached its name as a presenter of the Amplify Voices Awards, a new prize that goes to three feature films made by under-represented filmmakers, while Bell is headlining TIFF's new virtual cinema platform, a potential pipeline to generate buzz for festival films at home.

Many sponsors agree they're heading into TIFF knowing very little of what to expect.

They'll rely on exit surveys, social media feedback and word of mouth to determine whether the huge experiment was a success.

``But I would say that sometimes crisis creates opportunities for innovation.''