Ontario Premier Doug Ford is getting tested for COVID-19 today after his education minister learned he had come into contact with someone who had tested positive.

A spokeswoman for the premier says both he and Elliott are getting tested today and will not participate in their usual daily news conference.

Ford and Elliott are monitoring themselves for any symptoms.

The premier's office did not say how Lecce came into contact with a positive case. 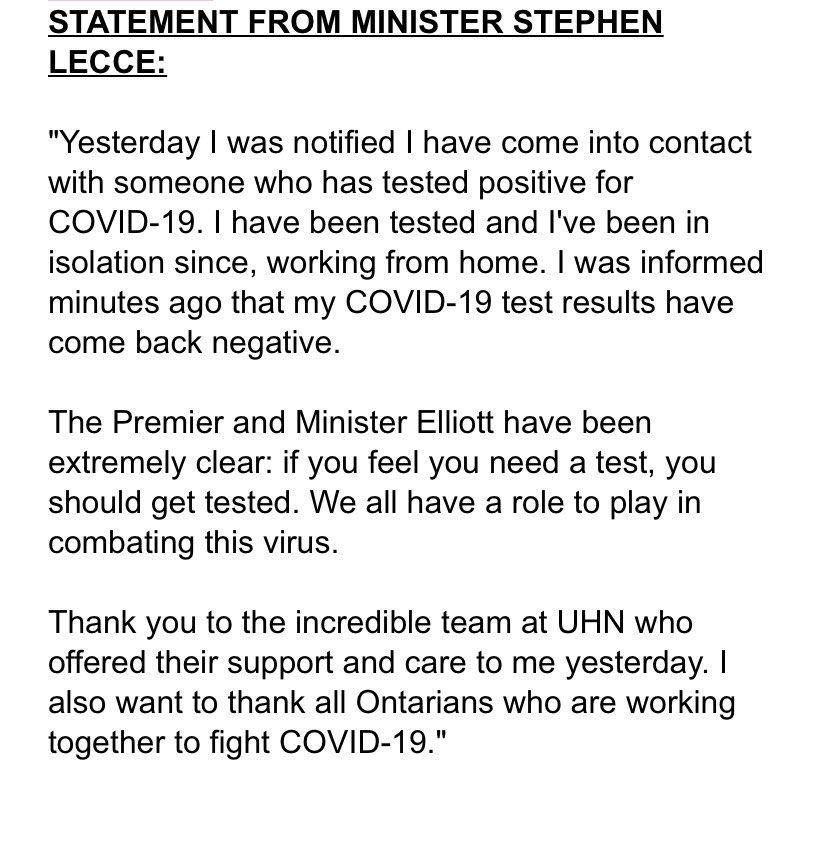