What started out as a gun call in Etobicoke overnight, turned into a carjacking and eventual arrest.

Toronto police confirmed to NEWSTALK 1010 Saturday morning, they responded to the call near Kipling Avenue and Bloor Street West just after 2 a.m.

A suspect then carjacked a vehicle and drove off, eventually crashing into a parked construction vehicle, south of Dundas on Subway Crescent, near Kipling station. 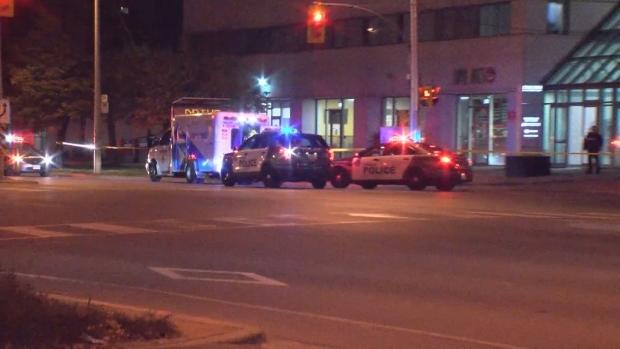 He then fled on foot and tried to break his way into a locked office building on Dundas Street West.

According to Const. Laura Brabant, the suspect literally tried to shoot his way into the building.

"The suspect then fired multiple shots into the window of the door in order to reach inside and open it."

Brabant confirms that as police arrived on scene, they quickly moved in.

"They quickly formed a perimeter, they engaged the suspect and they arrested him."

Brabant adds the suspect did not fire at police officers.

A Semi-automatic pistol was recovered.

The victim of the carjacking was not injured.

The suspect suffered cuts to his arm trying to break through the glass.

Police have yet to confirm possible charges against the suspect.