70% of Torontonians agree all families in the city need to have access to fully-funded public daycare.

That's among the findings of "The Pulse of Toronto", an exclusive poll by DART Insight and Communications commissioned by NEWSTALK 1010.

74% of city residents with children back the idea. DART did not ask respondents how they’d like to see such a program paid for.

Veteran pollster John Wright tells NEWSTALK 1010 he has not seen support for fully-funded daycare so high and so broadly-based.

“It’s usually concentrated in certain age groups and in certain categories of the demographics. This is widespread.”

Wright highlights endorsements from women and men both with and without kids, renters and home-owners, part and full-time workers. 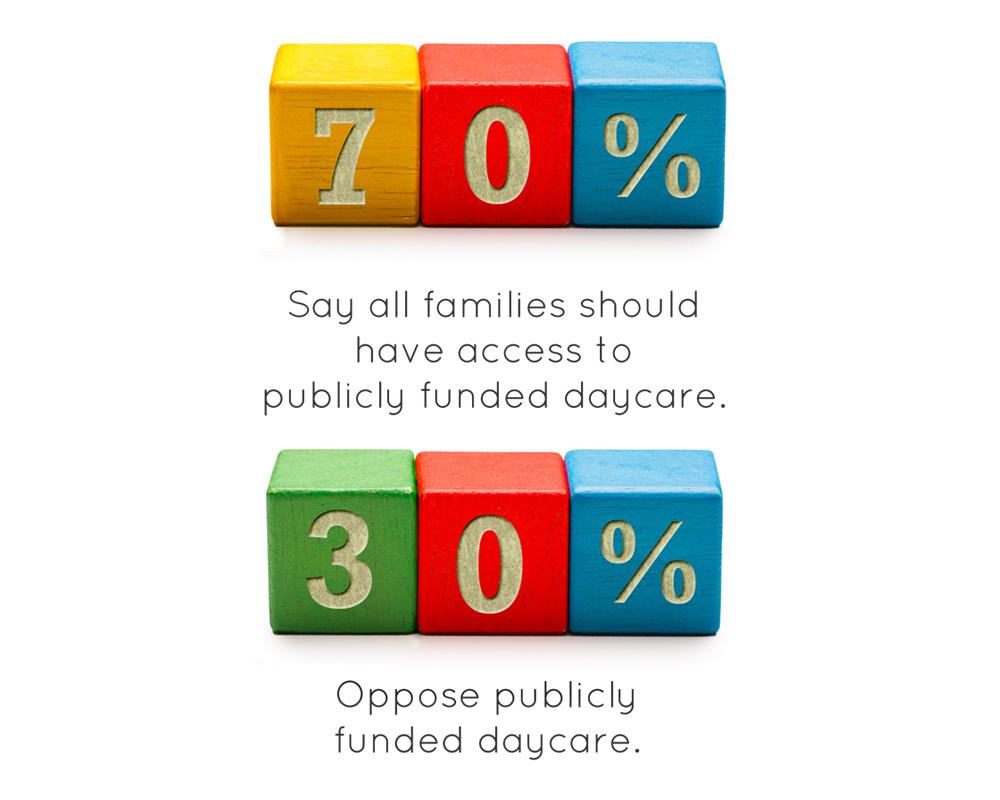 Wright attributes the surge in support for fully-funded daycare to the rising cost of living in Toronto and headline-grabbing deaths of children while in unlicensed care.

A study from the Canadian Centre for Policy Alternatives released in late 2016 listed Toronto’s childcare fees as the most expensive in the country:  $1,649/month for infants, $1,375/month for toddlers and $1,150/month for pre-schoolers.

“I think that people in the city are of the view that there are certain fundamentals to life and that they’re turning around and saying ‘this happens to be one of them’. And I think that’s a bit of a turning point,” Wright said.

The pollster suggests with so many Torontians still willing to be persuaded to vote Liberal, Progressive Conservative or New Democrat, a fully-funded daycare plan could be an election-time Hail Mary, albeit an expensive one.

Other highlights from "The Pulse of Toronto" from NEWSTALK 1010 and DART:

-Only 11% of Torontonians are committed to voting for Kathleen Wynne and the Liberals next year. 45% are still willing to consider it depending on what the campaign brings
-61% don't want the province to move ahead with the $15/hour minimum wage rollout as-planned. 44% want a longer phase-in, 17% want to abandon it
-13% believe a $15/hour minimum wage will cost them their jobs
-24% will buy marijuana soon after it becomes legal
-43% oppose any licensed pot retailer in their neighbourhoods
-54% want more technology-driven learning in school
-60% believe some fundraising monies from schools in higher-earning neighbourhoods should be transferred to lower-income area schools to balance their budgets
-31% are bothered by people of colour eventually becoming the majority population of Toronto?