After 15 years of Liberal rule, an overwhelming number of Ontarians have had enough.

That is the finding of an exclusive NEWSTALK 1010/DART Insight and Communications poll coming three months before a province-wide vote.

81% of respondents to the poll say it's time for a new party to take charge at Queen's Park. Only 19% believe the Liberals deserve to form provincial government for a fifth consecutive time.

Disarray with the Ontario Progressive Conservative party and the absence of a permanent leader does not seem to have affected voters' enthusiasm for change.

Of the respondents who want the Liberals out of office, 54% would like to see the PCs take over. 30% are in favour of an NDP government while 16% want one led by a different party.

Pollster John Wright says those most likely to endorse a PC government are voters with an annual household income of over $100,000 living in the GTA but outside Toronto.

Progressive Conservatives will name the successor to former party leader Patrick Brown at a convention in Markham Saturday. Christine Elliott, Doug Ford, Tanya Granic Allen or Caroline Mulroney will lead the PCs against Kathleen Wynne's Liberals in the provincial election set for June 7.

John Wright will speak with NEWSTALK 1010's John Moore on Moore in the Morning at 7:15 a.m. Wednesday. 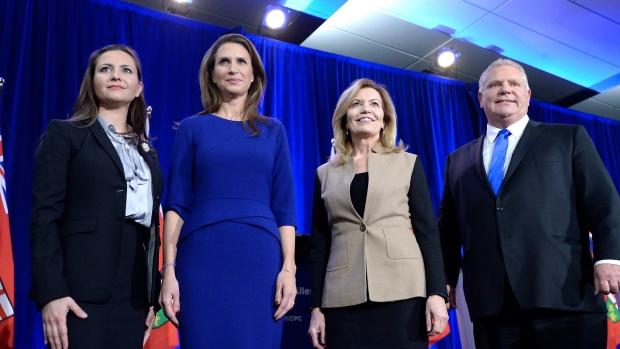 The NEWSTALK 1010/DART Insight and Communications poll was conducted February 19–27, 2018 and surveyed 962 Ontarians 18+ in an online panel. It is weighted to the latest general population census and is considered accurate within +/- 3.6% using a Bayesian Credibility Interval measurement.