NEWSTALK 1010 POLL: John Tory getting twice as much consideration from voters as Doug Ford

With Toronto voters more satisfied with city hall than they were four years ago, a large majority of them are considering voting for current mayor John Tory next year, more than twice as many who feel the same way about former councillor Doug Ford.

That is according to an exclusive NEWSTALK 1010 poll, conducted by DART Insight and veteran pollster John Wright.

In the survey of more than 800 Torontonians, 75 per cent of respondents said they will consider Tory on election day, and of those, 48 per cent would consider him a "great deal."

Only 36 per cent of respondents say they will consider Doug Ford when they vote next October. Of those, 16 per cent say they would consider him a great deal.

Ford announced his plans last month to run for mayor in 2018. In the last election, Ford lost to Tory by a six per cent margin after a rare form of cancer forced his brother Rob Ford to drop out of the race.

The poll also asked respondents whether they would consider voting for activist and NEWSTALK 1010 host Desmond Cole, who has been a vocal critic of police carding. Even though he has not announced an intention to run for mayor, Cole got 30 per cent consideration, 6 points below that of Ford.

"The problem I see for Doug Ford is... he's running on an agenda that's a 2009 agenda, and guess what, you're past the best-fresh date," Wright says. 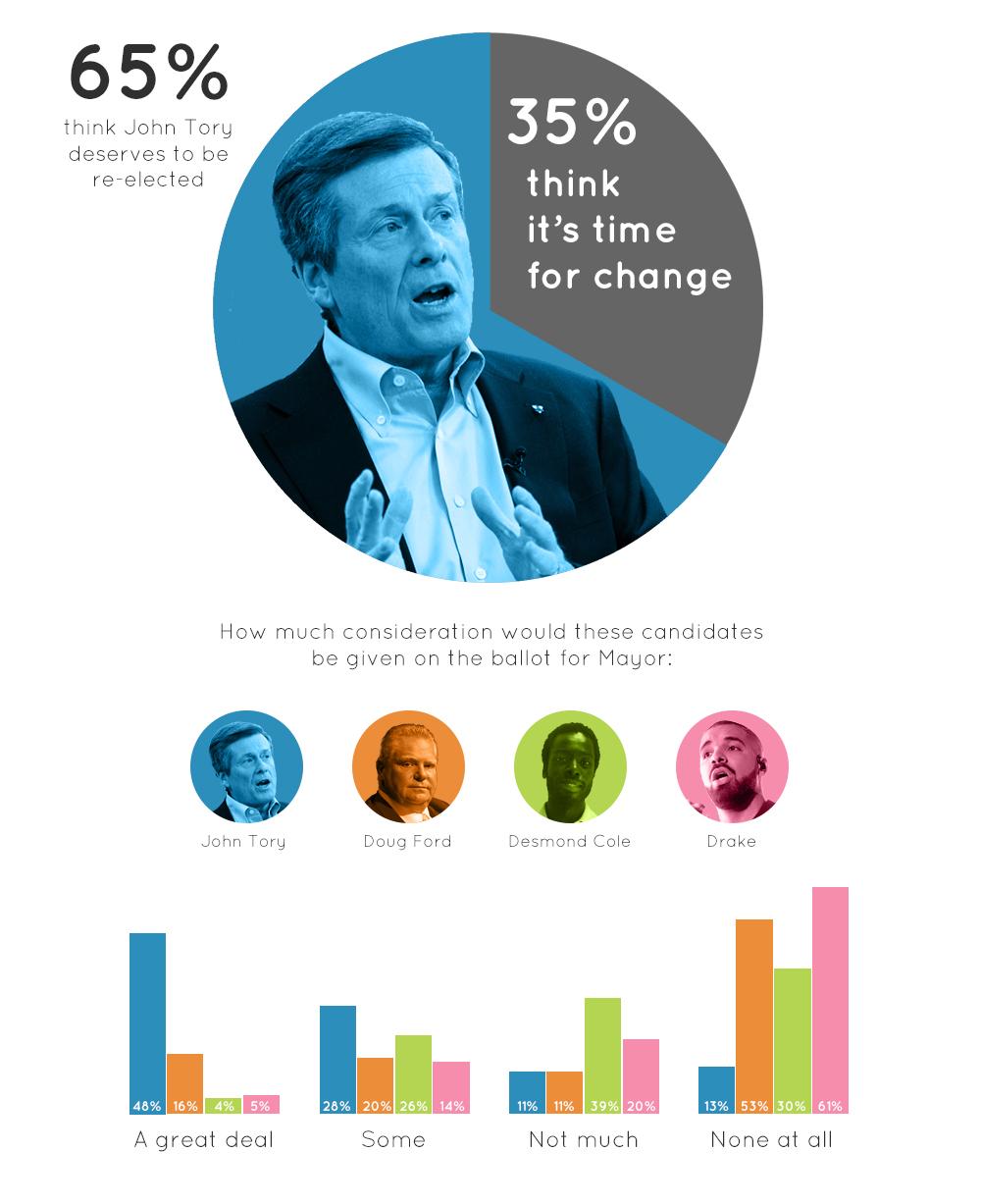 Wright explains that it's a very different political landscape today, than it was the year before Rob Ford was elected mayor seven years ago.

In 2009, only 12 per cent of Torontonians felt that city hall was spending their taxpayer money wisely. Today, that number sits at 43 per cent.

And before Rob Ford came in with his "gravy train" mantra, only 44 per cent of the city felt Toronto was on the right track. Today, that's up to 62 per cent.

Other highlights from "The Pulse of Toronto" from NEWSTALK 1010 and DART:

- 60 per cent say overdoses are a public health priority, not a police or criminal court priority
- 68 per cent say when they hear someone has died from a drug overdose, they believe that person is an addict who made bad choices as opposed to an occasional user
- 41 per cent say that not enough is being done with the overdose situation and believe a public health emergency should be declared