NEWSTALK 1010's Pulse of Toronto series reveals signs that perceptions of the police in this city are changing for the worse.

Results of our latest survey suggest fear and mistrust of Toronto's sworn protectors is growing.

The poll also finds that many people have doubts about whether the cops are really on the job to 'serve and protect.'

John Wright, a veteran pollster and the head of DART Communications, which carried out the survey for NEWSTALK 1010, says what leaps off the page are the results that suggest the public's trust in the police has plummeted.

"I was shocked to the these numbers," he says.

In 2003, a NEWSTALK 1010 poll found that just 34% of Torontonians indicated that if they were pulled over by the police and suspected of something they'd be "frightened by how they might treat me."

In last month's Pulse of Toronto survey, NEWSTALK 1010 asked a question similar question that cuts right to the point:

6 in 10 (61%) Torontonians indicate they'd "be scared" if they were "pulled over by a police officer for no apparent reason". 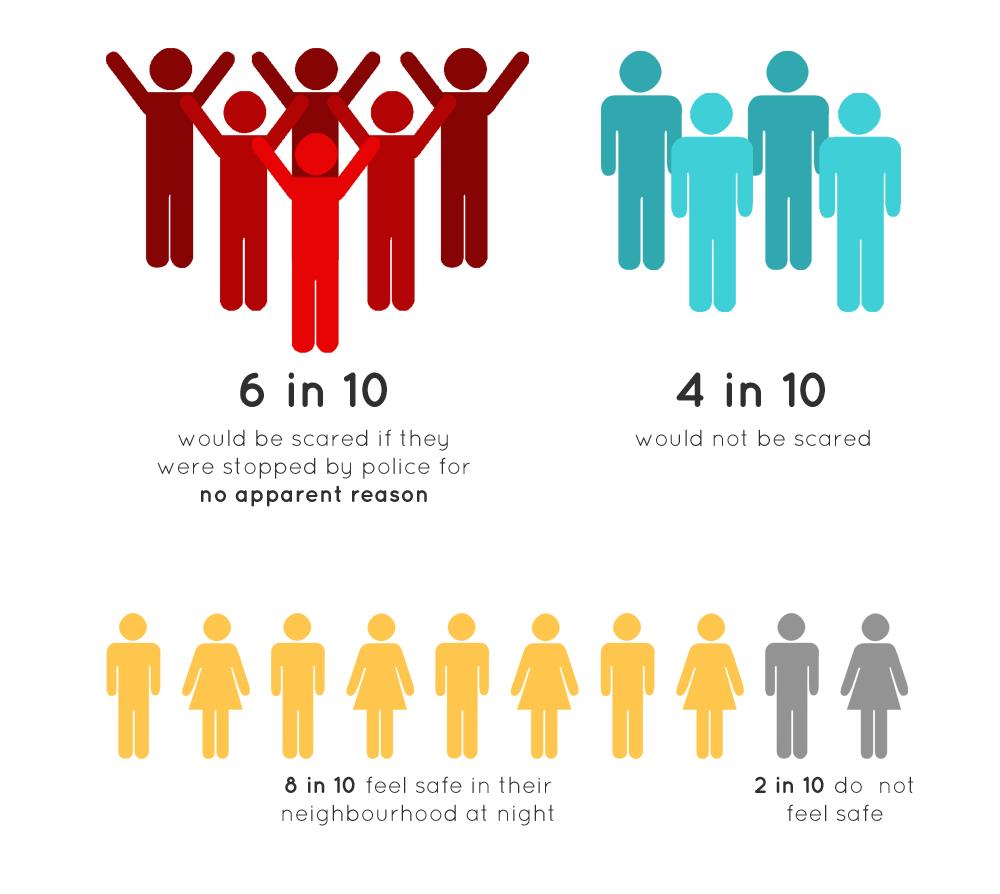 Wright says he cannot be sure what is driving such a drastic drop in trust in the police, but he points out that recent high-profile cases of Toronto Police officers accused of behaving badly have spread through social media thanks to events that were caught on camera.

He mentions the 2013 streetcar shooting of Sammy Yatim, that led to Const. James Forcillo being charged with murder and found guilty of attempted murder.

NEWSTALK 1010 has also covered stories centred around footage of a police officer making an arrest telling a passerby that he could "get AIDS," or the viral video of Const. Tash Biati firing shots into a stolen car in the middle of a busy afternoon in the Distillery District.

Are cops in Toronto above the law?

There's a sense that Toronto Police officers who behave badly will not be held accountable.

That's a belief that's held by half of the people who responded to our poll.

51% believe many/most/all Toronto police never really get punished for any wrongdoing they commit on or off the job.

Half (49%) believe that only a few/none Toronto police officers never really get punished for any wrongdoing they commit on or off the job.

Two thirds (63%) believe that when charged with misconduct or a criminal act many/most/all Toronto police get preferred treatment compared to any civilian who did the same thing.

A majority (54%) believe many/most/all Toronto police ignore an infraction committed by a fellow police officer on or off duty - like impaired driving.

These are troubling perceptions that also exist when the questions turn to general police conduct.

The results find there's a high degree of skepticism that cops will behave ethically in the line of duty. 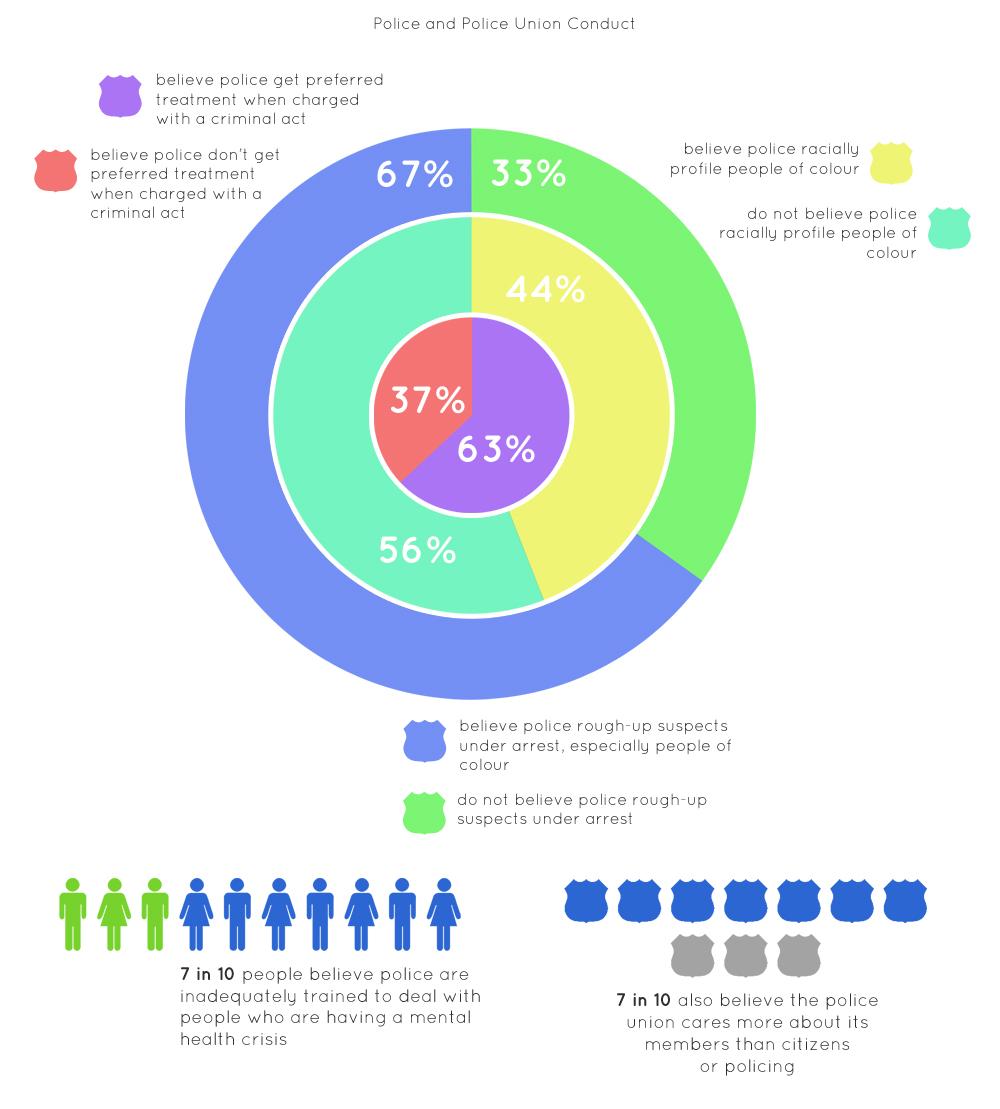 The eye-opening results surrounding public perceptions of the police are ones that need to be addressed by police leadership, according to Wright.

He calls the issues facing the cops in this city "a serious branding problem" and suggests that while police leaders should not seek to "make an example" of officers who violate the public's trust, Wright stresses that when it comes to repairing those bridges with the people of Toronto, it is important to make it clear that the right people are being held accountable for their behaviour.

He refutes the suggestion that those perceptions have been earned, pointing out that stories of officers in trouble with the law make their way into the news and social media from across the US border.

On the other hand, McCormack admits that there are bridges to be repaired and suggests that police commanders could do a better job of being in the spotlight more to combat "negative narratives."

The police union leader says his officers are concerned that people's perceptions of the police might be changing.