No motive yet, but police charge three in death of teen

Toronto Police have released video from a homicide investigation that shows a 15 year-old boy climbing inside a white SUV before being shot. The boy was taken to hospital but succumbed to his injury on Sunday night. READ MORE 👉 link in bio

Police have charged three people in the fatal shooting of a 15-year-old boy in Toronto.

The shooting happened near Sheppard and Jane, last week. 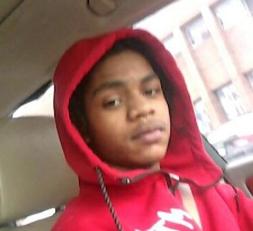 Jeremiah Ranger was found with a single gunshot wound, and later died in hospital. A video, released by police, shows Ranger getting into a white SUV, and the interaction only lasted seconds.

Nothing yet on a motive, but police have recovered the vehicle, but they still haven't been able to find the gun used.

The two men arrested are brothers, while the woman is the girlfriend of one of the men.