Official: Next 48 hours ‘critical’ for Trump in virus fight

BETHESDA, Md. (AP) — President Donald Trump went through a “very concerning” period Friday and the next 48 hours “will be critical” in his care as he battles the coronavirus at a hospital, White House chief of staff Mark Meadows said Saturday. Meadows’ comments contradicted the rosy assessment of Trump’s condition offered by his staff and doctors, who took pains not to reveal the president had received supplemental oxygen at the White House before his hospital admission.

“We’re still not on a clear path yet to a full recovery,” said a weary Meadows.

It was a dramatically different picture than the one painted by the White House staff since Trump revealed his diagnosis as well as by his doctors, who updated the public at a press conference at Walter Reed National Military Medical Center.

The briefing by Navy Commander Dr. Sean Conley and other doctors raised more questions than it answered as Conley repeatedly refused to say whether the president ever needed supplemental oxygen, despite repeated questioning, and declined to discuss exactly when he fell ill. Conley also revealed that Trump began exhibiting “clinical indications” of COVID-19 on Thursday afternoon, earlier than previously known.

“Thursday no oxygen. None at this moment. And yesterday with the team, while we were all here, he was not on oxygen,” Conley said. 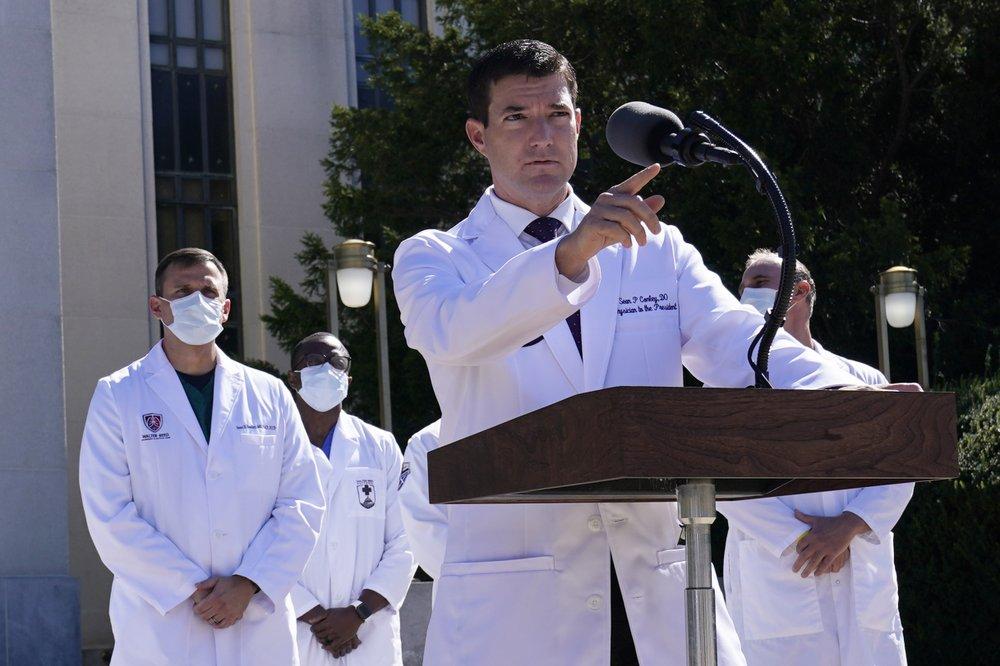 But according to a person familiar with Trump’s condition, Trump was administered oxygen at the White House on Friday before he was transported to the military hospital. The person was not authorized to speak publicly and spoke to The Associated Press on condition of anonymity,

Conley said Trump’s symptoms, including a cough and nasal congestion, “are now resolving and improving,” and said the president had been fever-free for 24 hours. But Trump also is taking aspirin, which lowers body temperature and could mask or mitigate that symptom.

Trump is 74 years old and clinically obese, putting him at higher risk of serious complications from a virus that has infected more than 7 million people nationwide and killed more than 200,000 people in the U.S.

White House officials, including Meadows, had insisted Friday that Trump had only “mild symptoms” as they tried to project an image of normalcy.

“President Trump remains in good spirts, has mild symptoms and has been working throughout the day,” said press secretary Kayleigh McEnany. She said Trump had only been sent to Walter Reed as a precaution. 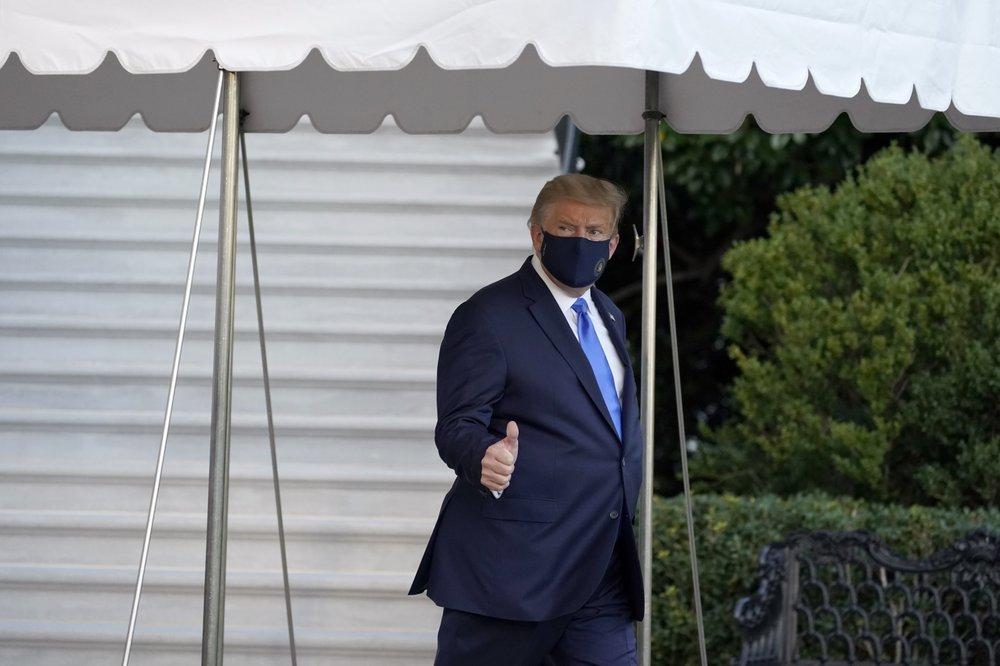 Trump’s administration has been less than transparent with the public throughout the pandemic, both about the president’s health and the virus’ spread inside the White House. The first word that a close aide to Trump had been infected came from the media, not the White House. And aides have repeatedly declined to share basic health information, including a full accounting of the president’s symptoms, what tests he’s undertaken and the results.

In a memo released late Friday, Conley did report that Trump had been treated at the hospital with remdesivir, an antiviral medication, after taking another experimental drug at the White House.

Conley declined to say when Trump had last been tested before he was confirmed to have COVID-19 late Thursday. He initially suggested that Trump was 72 hours into the diagnosis — which would mean that he was confirmed infected Wednesday. Conley later clarified that Trump was administered an accurate test for the virus on Thursday afternoon, after White House aide Hope Hicks was confirmed to be positive and Trump exhibited unspecified “clinical indications” of the virus.

The White House said Trump was expected to stay at the hospital for “a few days” and would continue to work from the hospital’s presidential suite, which is equipped to allow him to keep up his official duties. In addition to accessibility to tests and equipment, the decision was made, at least in part, with the understanding that moving him to the hospital later, if he took a turn for the worse, could send a worrying signal. 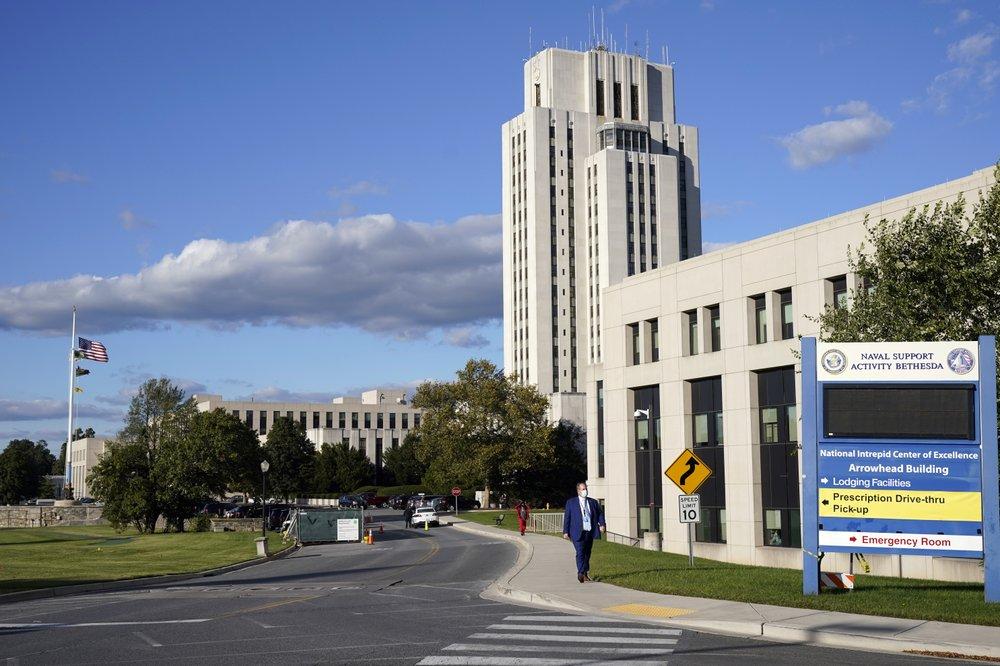 On Saturday, Conley said Trump’s blood oxygen level is 96%, which is in the normal range. The two experimental drugs he has received, given through an IV, have shown some promise against COVID-19. On Friday, he was given a single dose of a drug Regeneron Pharmaceuticals Inc. is testing to supply antibodies to help his immune system fight the virus.

Friday night, he began a five-day course of remdesivir, a Gilead Sciences drug currently used for moderately and severely ill patients. The drugs work in different ways — the antibodies help the immune system rid the body of virus and remdesivir curbs the virus’ ability to multiply.

“We’re maximizing all aspects of his care,” attacking the virus in multiple ways, Conley said. “I didn’t want to hold anything back if there was any possibility it would add value to his care.”

At the same time, the White House has been working to trace a flurry of new infections of close Trump aides and allies. Attention is focused in particular on last Saturday’s White House event introducing Trump’s Supreme Court nominee. That day, Trump gathered more than 150 people in the Rose Garden, where they mingled, hugged and shook hands — overwhelmingly without masks. There were also several indoor receptions, where Trump’s Supreme Court pick, Judge Amy Coney Barrett, her family, senators and others spent time in the close quarters of the White House, photographs show. 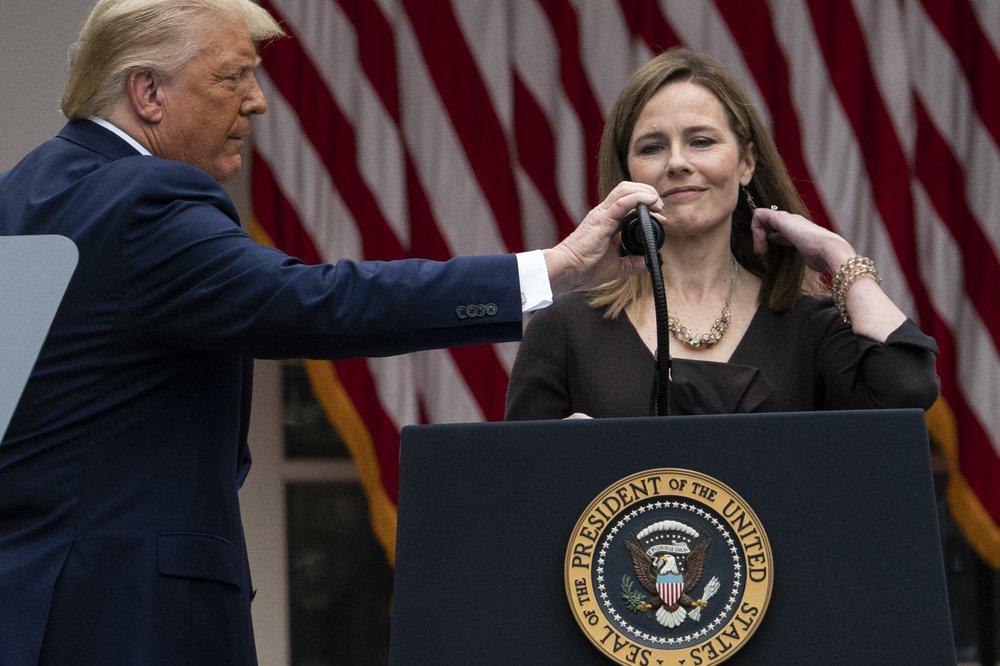 Despite its failure to protect the president and senior staff from infection, the White House still did not appear to be taking the highly infectious disease as seriously as possible.

Meadows, the chief of staff, accompanied the president to the hospital on Marine One, the kind of small, enclosed space where experts say the virus easily spreads.

And while Vice President Mike Pence is currently off the campaign trail preparing for the coming week’s vice presidential debate, he and his staff are operating under a “business as usual” approach. He’s still planning to travel to Arizona on Thursday, Indiana on Friday and Florida on Saturday for events instead of isolating himself after potential exposure and to protect himself from contracting the virus anywhere else.