Ontario K-8 students will be in school all week, some HS students in cohorts on alternate schedules

Ontario elementary students will be back in school five days a week in September, while high school students in the province's designated boards will be in cohorts of 15 on alternate schedules, the provincial government announced Thursday as part of their back-to-school plan.

The province is spending nearly $310 million to resume the school year under these new protocols, including $80 million for additional staffing and $60 million for masks and PPE, as well as funding for up to 500 nurses.

Students in Grades 4-12 will be required to wear masks, while those in K-3 will be encouraged to, but not required.

However, boards must have a remote learning option in place for parents of elementary students, should they choose not to send their kids back.

Class sizes for elementary classes will be roughly the same as they would've been before the pandemic, or smaller if it's possible, with desks facing forward.

This has been arguably the biggest complaint and concern from the opposition, unions, teachers and parents.

Education Minister Stephen Lecce said the possible cost of smaller classes, meaning more teachers, was not a reason why.

"Absolutely not," Lecce said. "We look at kindergarten, there's a ratio of two to one in those early years. In grades one to three, the class average is in around 20. And remember for that panel, that is the smallest in Canada by far."

The rationale from Lecce and provincial health officials is that transmission is much more likely among older students, which is why masks are mandatory for higher grades and smaller cohorts will be in place in high school.

However, as various unions, educations officials and parents have said, caps are often exceeded and the Toronto District School Board-the largest school board in the country-has not ruled out the possibility that class sizes won't shrink.

A TDSB spokesperson said Friday that a parental survey next week will ask families if they plan on sending their children back to school in the fall.

"We may in fact have smaller classes, so in that case we need to of course reinforce our online learning development," she said.

She also said if most or all parents decide to send their kids back, the board itself may still explore smaller classes as a safety measure to limit transmission, which would require more teachers and therefore another funding request.

It isn't clear how much of the additional funding will go to the TDSB and Ford declined to say Friday what, if any, consideration he had given to the smaller elementary class options.

On Friday, the Canadian Press reported the Ontario Parent Action Network accused the government of abandoning students rather than helping them, with one parent saying status quo sizes make it impossible to maintain physical distancing protocols.

School boards will also be encouraged to maximize space in schools, while removing any unnecessary furniture to create more space, as well as having study halls in schools to meet remote learning needs.

The TDSB has also been exploring utilizing previously unused space in all its buildings, as well as meeting with the City of Toronto to use its facilities, if possible.

For high school, designated boards (see list below) will adopt timetabling methods that cohort students as much as possible to limit contact, with either alternating days or schedules that will have students in class roughly 50 per cent of the time.

However, the province is hoping to move to a more conventional teaching method once it is safe to do so.

In case there's non-designated school boards with large high school classes, schools should adopt the same kinds of measures as in designated ones.

BACK TO SCHOOL PLAN: The province has released its plan to bring students back to school this September. Elementary students will be back in school five days a week, while high school students in the province's designated boards will be in cohorts of 15 on alternate schedules. FULL DETAILS 👉 link in bio

In response, Ontario's major teaching unions issued a joint statement saying the government was "jeopardizing the safety of all students with an underfunded plan."

"The Ford model does not provide for the safe physical distancing that is expected in the rest of the province, and that health experts around the world have recommended to prevent the spread of COVID-19," Ontario English Catholic Teachers' Association President Liz Stuart said.

The opposition also accused the government of under-funding the plan, with NDP Education Critic Marit Stiles saying there's fewer supports for children and teachers than there are for bar and restaurant owners.

"It's quite astonishing," she said. "This notion that the govenrment, that the minister and the premier put out there of parents having a choice."

"A lot of workers don't feel like they have that choice."

But Lecce said parental choice would always be respected, emphasizing that remote and hybrid learning must be prepared in case of a second wave. 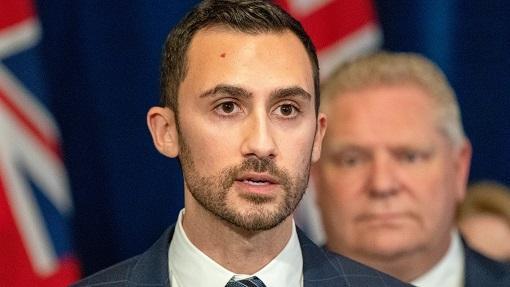 COMPARED WITH OTHER PROVINCES

The government defended the plan not only by the advice of high transmission among older students, but comparing its decisions to other provinces.

It's the only province with mandated mask-wearing for students (Grades 4-12) and staff, whereas it's mostly optional in other jurisdictions.

And although the elementary class sizes are not being changed, British Columbia's cohorts, referred to as "learning groups" are up to 60 students in elementary and 120 in high school.

Students in elementary will have to remain with their established cohort and teacher, though specialized teachers, such as in music and French, will be allowed to come in and teach.

And unlike parents being given the opportunity to give their choice on sending their children back to school, in-class instruction is mandatory in the next biggest province of Quebec.

"Those jurisdictions that don't have those backup plans I think are doing a disservice to their students," Lecce told NEWSTALK1010's The Rush Thursday.

But the next day, Ford did acknolwedge that despite his government's plan, September won't be easy.

All staff and students must self-screen every day according to a checklist which will be provided by school boards to staff and parents, with signage posted throughout schools about symptoms.

Anyone experiencing symptoms should remain at home and anyone who gets a test should do the same until they get their results.

Schools will also be asked to significantly limit or even prohibit visitors inside the building, including parents.

Associate Chief Medical Officer of Health Dr. Barbara Yaffe ran down several scenarios Friday of what would happen if a student or staff member developed symptoms in school.

In that case, she said teachers and other staff would be trained to isolate a student quickly and if possible, could be tested on-site if there's permission or sent to a testing centre.

Yaffe said that student's classroom would then be directed to get tested.

"If they were close contacts, the household, close friends, people they were around a lot, we would be asking them to stay at home, possibly the whole class, depending on how close the class is," she said.

If they were close contacts, the household, close friends, people they were around a lot, we would be asking them to stay at home, possibly the whole class, depending on how close the class is," she said.

If there's cases in different classrooms, Yaffe says they'll have to figure out if they're linked.

"If we find they actually infected each other at school somehow, then we're looking at two classrooms," she said, though she added with quick isolation and testing, it would be extremely rare to shut down a school.

"Almost never will this be required, obviously there could be circumstances if it's widespread," she said. "We'll do our best, we'll see what happens, I think the teachers and the staff are cognizant of the need to distance as much as possible."

500 public health nurses will also be hired as part of the additional funding and Yaffe said they would play a key role in assisting schools, training staff and determining what to do if there's symptoms in a school.

However, they won't be posted to specific schools and instead will work out of local health units and into a family of schools, Yaffe said. 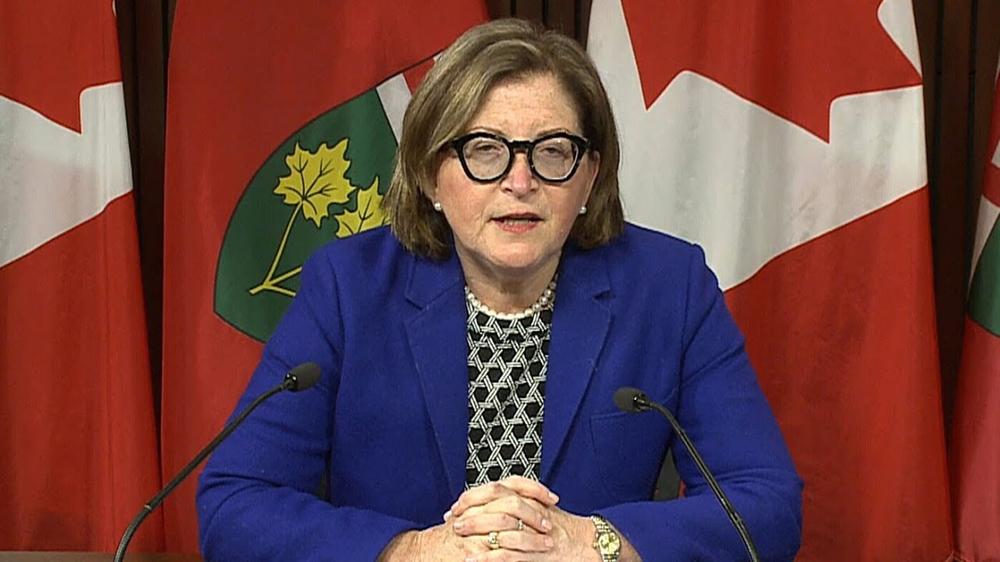 Schools shouldn't be planning any field trips or activities requiring group transportation, with clubs and sports only possible with physical distancing and equipment cleaning between each use.

As for transportation, students should be given assigned seats with records kept for each bus in case there's a positive case and the seat directly behind the driver should be kept empty at all times when possible. Other measures include students in the same household or class sitting together with hand sanitizer on every vehicle, and boards will also develop methods of helping immuno-compromised students.