WASAGA BEACH, Ont. - Provincial police remain on the scene today in an Ontario beach town where hundreds of modified cars descended this weekend for stunt driving, racing and other alleged dangerous driving behaviours.

Police temporarily closed most accesses to the town Saturday night to prevent more people from arriving from outside the community of about 20,000 residents.

Folz says some vehicles were seized and tickets were issued under the Highway Traffic Act and the Reopening Ontario Act, which limits outdoor gatherings to 25 people during the COVID-19 pandemic.

He says the Georgian Bay town caught wind of the event and installed some speed bumps to municipal parking lots ahead of time to try and deter some of the dangerous driving.

Police officers from Peel and York Regions were also in Wasaga Beach this weekend to help contain the situation. 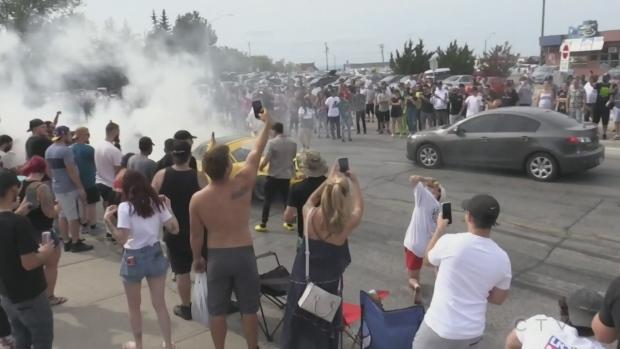