UPDATE: Three staff members at Pembrooke school DID have symptoms

For the first time since the start of the school year, an Ontario school has been forced to shut down due to a COVID-19 outbreak.

The Renfrew County District School Board posted a notice on social media today saying the local public health unit had ordered the immediate closure of Fellowes High School in Pembroke, Ontario, after it was reported that three staff members tested positive for the virus since last Friday.

The notice says the third COVID-19 case was detected on Wednesday and was linked to two previously announced cases, all among staff members at the school located northwest of Ottawa.

The Renfrew County and District Health Unit declared the outbreak on Tuesday after the second case was detected.

NEWSTALK 1010 reached out to the acting medical officer of health, Dr Robert Cushman:

One report suggests at least one of the teachers who tested positive went to work with symptoms, however, the school board seems to suggest that this teacher only developed symptoms after showing up for work.

All 3 staff members who have now tested positive were symptomatic. Two of them thought it was due to their usual health problems, for one headaches, for the other seasonal allergies. The third case actually had a diagnosis by a doctor for another common problem, not known to be related to COVID-19.

So, we’d like to know did one or more teachers go to work while feeling ill? Or did the symptoms only develop while they were at the school?

This is a difficult issue. COVID can mimic pretty much any and everything. We estimate that 19 out of 20 kids with symptoms in the GENERAL  population will test negative but in this case 3 out of 3 staff members with other health problems tested positive.  Bad luck.

So the message is that all symptoms are COVID until proven otherwise,  so get tested if you have symptoms.

Equally if you are asymptomatic DON’T GET TESTED !!    We do not have the lab capacity and this added pressure runs the risk of impeding strategic testing and worse, getting timely lab results necessary to control outbreaks.

And most important of all reassess your social bubble, how big is it and how reliable is it.  As for social gatherings, it is not worth it. Remember this is how the disease spreads.

Also, students and others have stated that teachers and students were not always wearing masks. Is that the case? Did any of the teachers who tested positive have contact with others without a mask on?

There is a lot of chatter out there and that is because this is not a black and white issue. We know that two of the three cases had lunch together. Hard to eat with a mask but it looks like they got closer than 2 metres. Otherwise our contact tracing team was relatively impressed by what they found with respect to masking by staff in front of students in the classrooms we are investigating.

No doubt there were lapses and they are unavoidable BUT we think this school in particular has learned the hard way, how important strict adherence to precautionary measures is to prevent the spread of CCOVID-19.

The good news is that all but one of the students in the initial class have tested negative. One result is outstanding but bad news travels fast so we are optimistic. Further testing is going on this afternoon and we will know more as the results come in over the next few days.

The school board says the school will remain closed until public health officials approve its reopening.

The board says people who aren't contacted by public health are considered to be at a low risk of exposure. 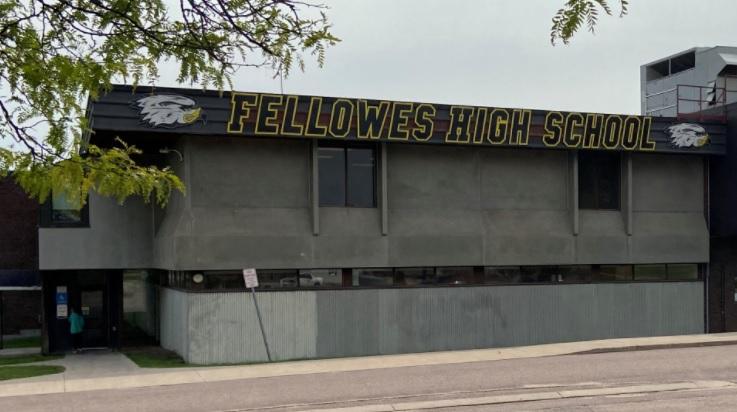 With files from the Canadian Press, Heather Seaman