A construction worker was taken to hospital with minor injuries after a mobile crane collapsed, near Eglinton Ave. East and Mount Pleasant Road.

The collapse happened at the Crosstown LRT construction site.

Toronto Police Constable Alex Li tells Newstalk1010 that emergency crews were called to the scene just before 6 p.m. this evening.

"The initial reports were that a construction crane had collapsed in the area, and at the time there were unknown injuries and our officers arrived on scene, along with Toronto Fire and Toronto Paramedics. We were informed that there was one worker that had reported injuries."

Late word tonight is that the worker only suffered a sprained ankle.

The Ministry of Labour is at the scene tonight, investigating the incident, along with Crosslinx engineers and staff.

Crews are awaiting the arrival of a secondary crane to remove the damaged one.

Eglinton Ave. East will be closed for several hours, between Mount Pleasant Rd. and Taunton Rd., as the investigation and removal operation continues.

This is the third crane collapse in at least six months. 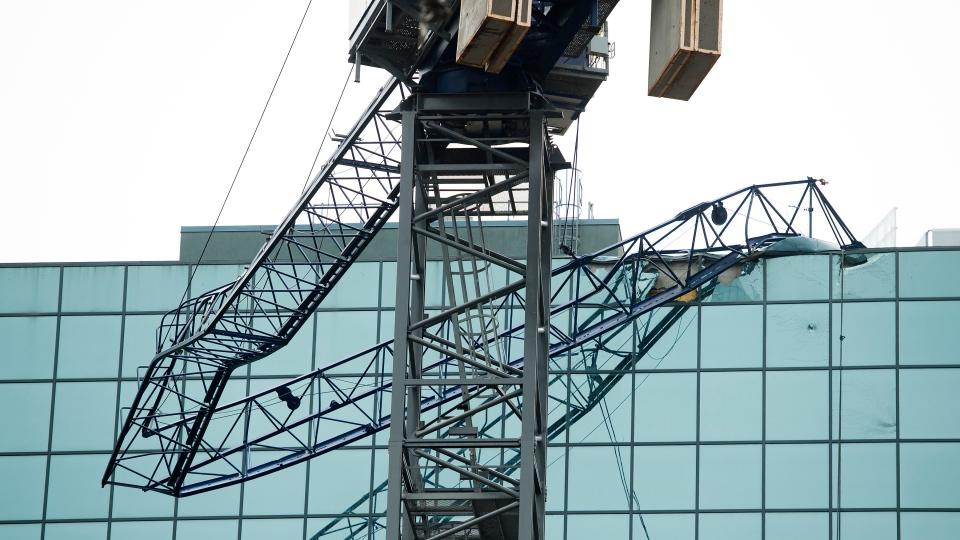 On July 16th, a crane collapsed onto a downtown Toronto office building, from an adjacent construction site near Simcoe and Wellington.

Three neighbouring buildings were evacuated as a precaution. Fortunately, no one was hurt.

That site was operated by PCL Constructors Canada. 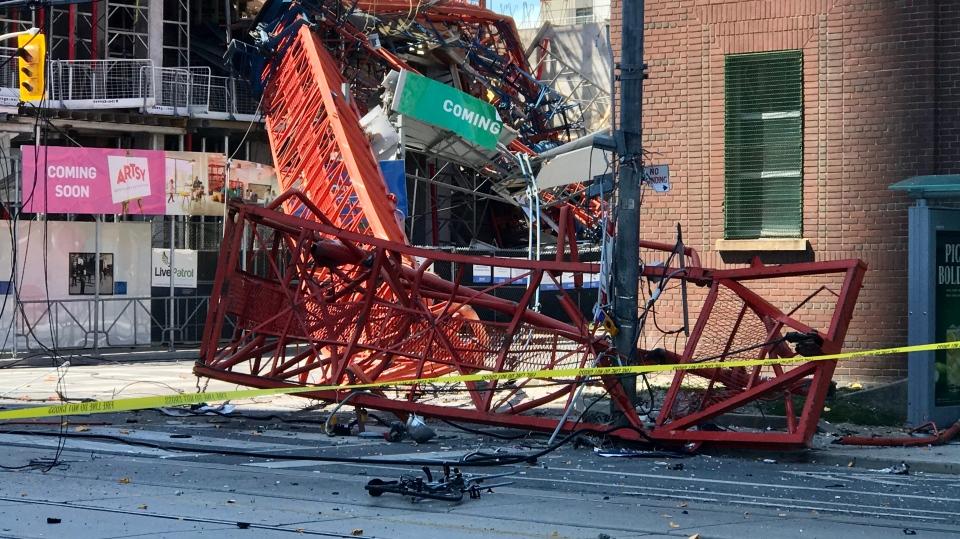 The second crane collapse came on August 6th, near River and Dundas in Toronto's Regent Park neighbourhood, around 10:15 am that day.

Two people narrowly escaped injury as the crane came crashing down to the ground below. No injuries, but a few frayed nerves, for sure.

That site was operated by The Daniels Corporation.

There are reports tonight that this latest crane collapse happened after the ground beneath the crane gave way at the Crosstown LRT construction site, prompting it to topple over. 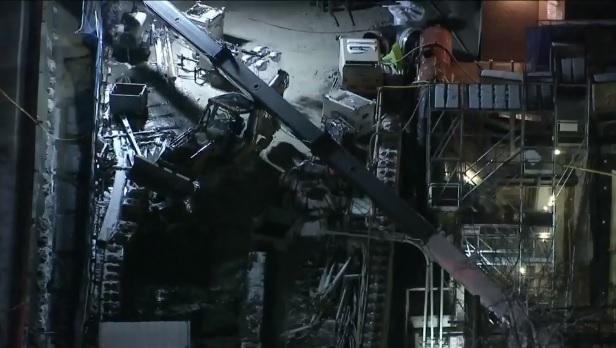