It's long been talked about, and now it's finally happening.

After the City of Toronto purchased 50 automated speed cameras at the end of last year, warning letters have been sent out for months to drivers clocked going over the limit in certain areas of the city.

Toronto Mayor John Tory made the announcement Friday, pointing out that over the past three months, there has been a 600 per cent increase in stunt driving in the city.

In February and March alone, more than 25,000 warning letters were handed out. Some of the most impacted areas are listed below: 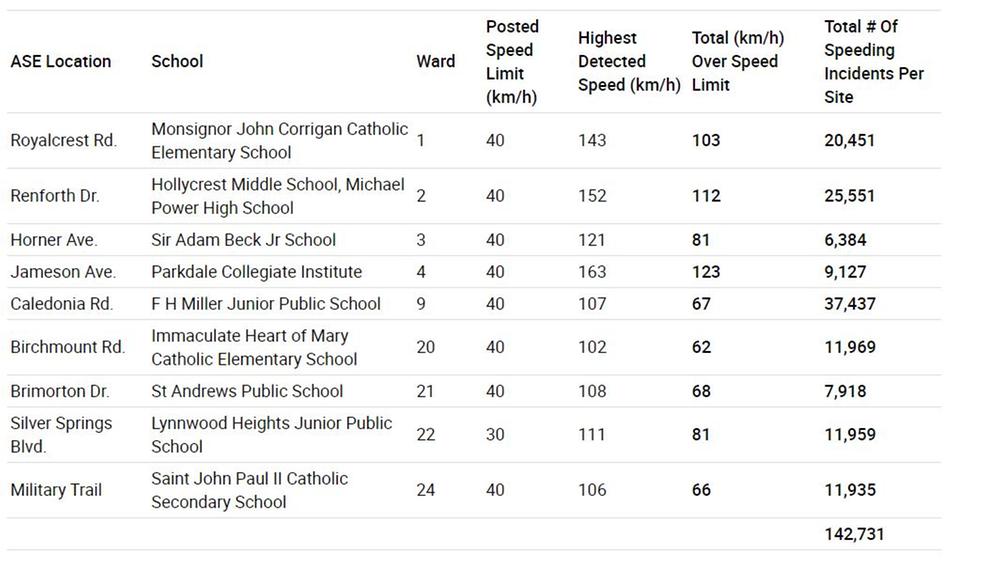 So if a vehicle is detected going over the posted speed limit in an enforced area, the registered owner of the vehicle will get a ticket — regardless of who was driving.

For example, if the system detects a driver going 49 kilometres per hour over the limit, the total payable fine would be $718. That includes a set fine of $588, a victim surcharge of $125 and $5 in applicable court costs.

If you're caught going over 50 kilometres an hour over the limit, you'll have to appear in court.