A standoff between Toronto's homeless and city officials is underway at several encampments downtown.

Police officers, city workers and heavy machinery are downtown as they take down the tents.

The city says it is clearing tents that were abandoned after moving several people into housing last week.

But Jason Phillips says an eviction notice went up a few days ago on the tent where he lives underneath the Gardiner Expressway.

He says the city offered him a spot in a shelter, which he refused because he feels safer outside during the COVID-19 pandemic.

After a woman stood in front of a bulldozer that was set to take his tent down, Phillips says the city offered him a hotel room, which he accepted. 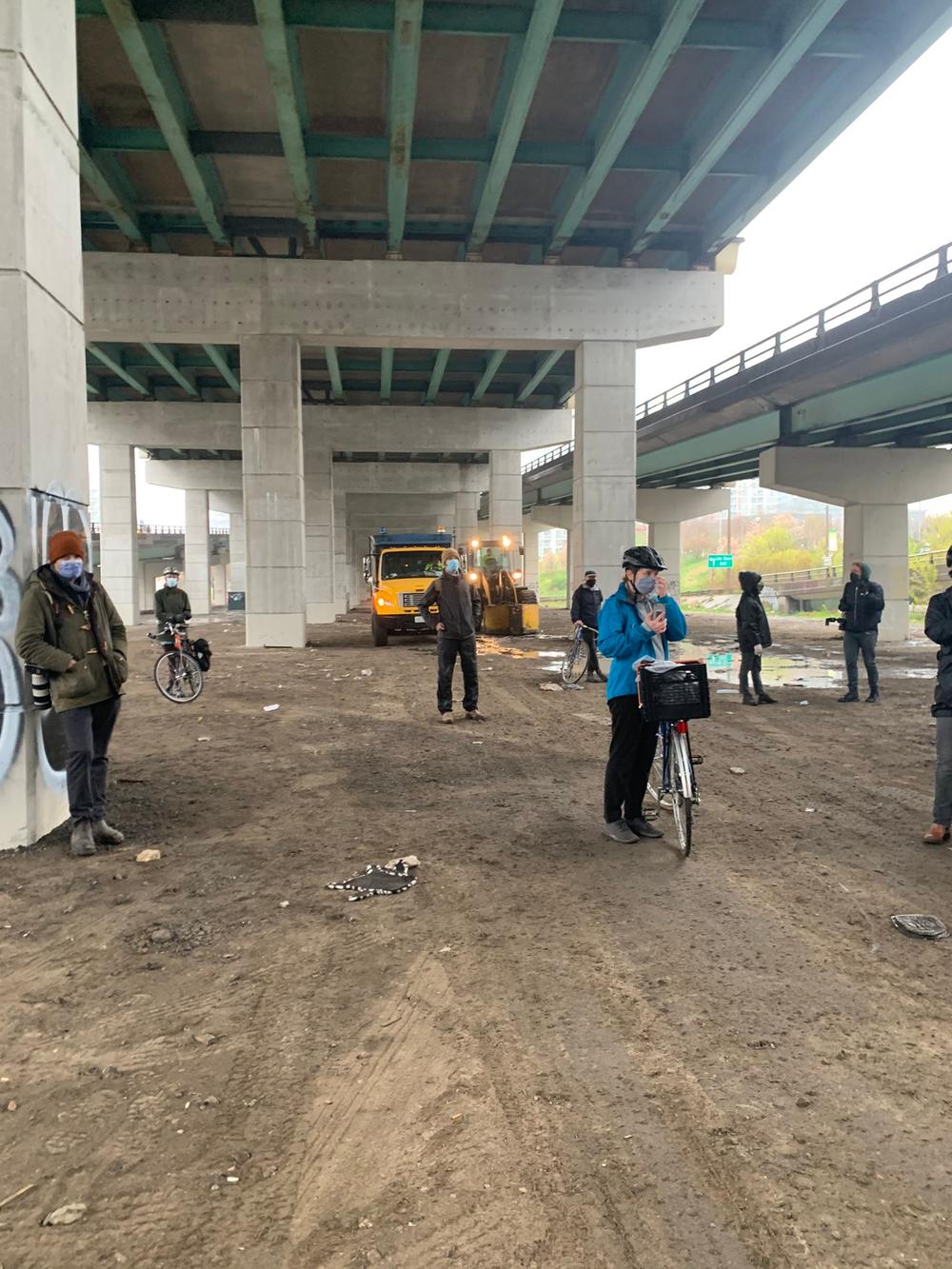