Thousands of supporters of U.S. President Donald Trump are expected to pack an indoor arena Saturday night for a rally that some fear could help fuel nascent spikes of coronavirus cases in some places, especially after six staffers helping to set up the event tested positive for the virus.

State and city health department officials were already bracing for a possible surge in COVID-19 cases from large outdoor demonstrations against police brutality held across the country. Now the Trump rally in Tulsa, Okla. — at an arena that can hold 19,000 people and is expected to be at capacity — is shaping up to be the first indoor event of such a massive scale since the coronavirus pandemic took hold and many states issued stay-at-home orders. Around 100,000 people — from many states — are expected in Tulsa for the rally and other events.

The Trump campaign's communications director, Tim Murtaugh, said in a statement that "quarantine procedures" were immediately initiated and no staff member who tested positive would attend the event. Those who had immediate contact with them would also abstain. 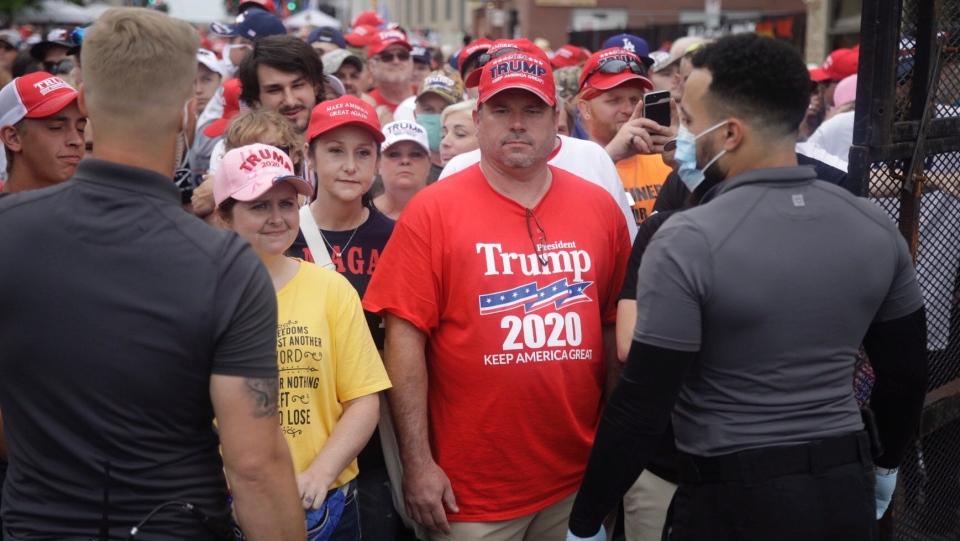 The map of the outbreak in the U.S., and elsewhere, has become a patchwork, with infections falling in some areas and surging in others. In New York, Gov. Andrew Cuomo did not hold a coronavirus briefing for the first time in months Saturday — a sign of progress in the state at the epicentre of the outbreak.

Other states and cities that took steps to reopen earlier are seeing increases, including Tulsa where health department officials said two large indoor gatherings recently contributed to a spike in new cases. They declined to name the events or say how big they were, but Tulsa has seen the largest increase in cases in Oklahoma in recent days. Several bordering states, including Arkansas, have also seen spikes in community spread of the virus in recent weeks.

That is worrying some experts as Tulsa prepares again for Trump's large indoor gathering.

"I think there's no question that indoor events are more risky than outdoor events. But we don't really know how big that difference is. And certainly other aspects, like how tightly packed things are ... will make a big difference," said Justin Lessler, an associate professor of epidemiology at John Hopkins Bloomberg School of Public Health.

Lessler said large events like the rally or the protests have the "potential to be super spreader events," but their potential to drive the pandemic is short-lived.

"The larger factor is what happens when people go home," he said. "If everybody goes home and doesn't respect the social distancing factors and goes out into the community, then they could push the spread." 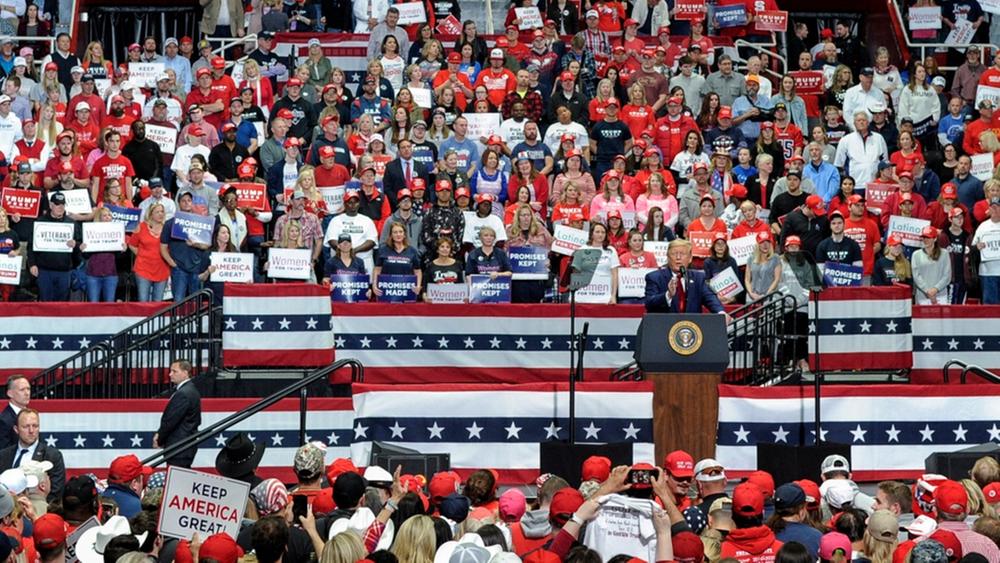 The Centers for Disease Control and Prevention issued a series of long-awaited guidelines earlier this month for large gatherings and other day-to-day activities. But the guidelines are "not intended to endorse any particular type of event," the CDC's Dr. Jay Butler said in a call with reporters.

On its website, the CDC recommends people consider whether an event they want to attend is outside or inside, noting indoor events are "more risky" because it might be harder to keep a safe distance from other people and because ventilation is poorer than outside.

The guidelines say staging large events should be in accordance with recommendations from local health officials, based on how much the coronavirus is spreading in a particular community.

Tulsa County health officials have said they are particularly concerned about the event at the BOK Center because of a recent spike in cases: Oklahoma set a high for new cases last Thursday, with 450, and Tulsa saw 125 new cases Friday. Other health experts are worried that attendees could unknowingly take the virus back to their respective hometowns and states, seeding additional outbreaks.

The Trump campaign acknowledged the risk in a waiver it asked attendees to sign that absolves them of any responsibility if someone should get sick. It has said it will hand out masks and hand sanitizer, but there is no requirement that participants use them. Attendees will also undergo a temperature check, but there will be no required social distancing at the indoor event. Trump also plans an outdoor event. 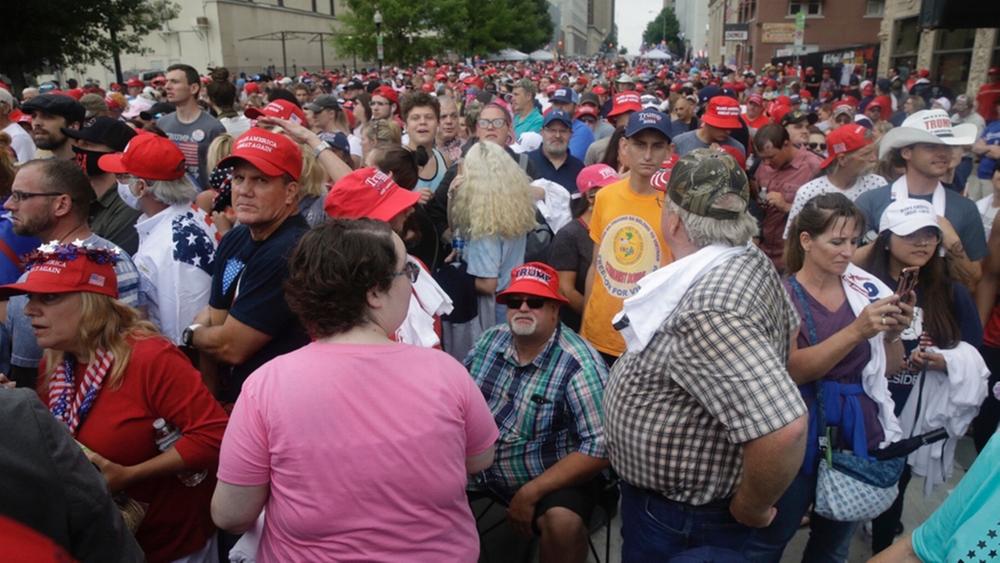 The rally comes a day after the head of the World Health Organization warned that the pandemic is "accelerating." Outbreaks in the Americas were of particular concern, with Brazil surpassing 1 million confirmed infections, second only to the United States.

It also comes the same day the National Institutes of Health halted a clinical trial of a Trump-touted malaria drug, hydroxychloroquine, for treating adults hospitalized with coronavirus, saying it found the drug provided no benefit but did not harm patients. Earlier this week, the U.S. Food and Drug Administration revoked authorization to use the drug in treating coronavirus, saying it had the potential for serious side effects.

Meanwhile, health officials are still eyeing the outdoor demonstrations against police brutality sparked by the death of George Floyd at the hands of police in Minneapolis. Those have gathered thousands of people together, in many instances not adhering to social-distancing recommendations or wearing masks. States and cities have not yet reported large upticks in virus cases since the protests began at the end of May, but it was unclear whether protesters have been seeking tests in large numbers or are self-quarantining after the events.

California health officials have reported so far only a few people attending the demonstrations have tested positive for COVID-19, but identifying all the people who need to be contact traced is proving futile.

States are also preparing for summer vacations, stressing that people must continue to social distance when going to the beach, camping or taking part in other activities. Delaware officials put out the call to high school seniors who participated in traditional senior week events at the state's beaches over the weekend to get tested, after at least three teens tested positive.