Someone appears to be spewing hate in Kitchener-Waterloo

It's not being called a hate crime yet, but somoene has been delivering hateful messages to some residents in Kitchener-Waterloo.

The pamphlets appear to have been left in mailboxes of several residents in that area, and features a writeup that attacks interracial marriage.

Among other things, the pamphlets target children of interracial couples, claiming they are somehow not as smart.

"The Waterloo Regional Police Service is aware of the flyers that have been circulating around Waterloo Region," says Ashley Dietrich, a public information officer with police.

She says they are looking for more information, including the identity of those responsible.

If you know anything, call police. 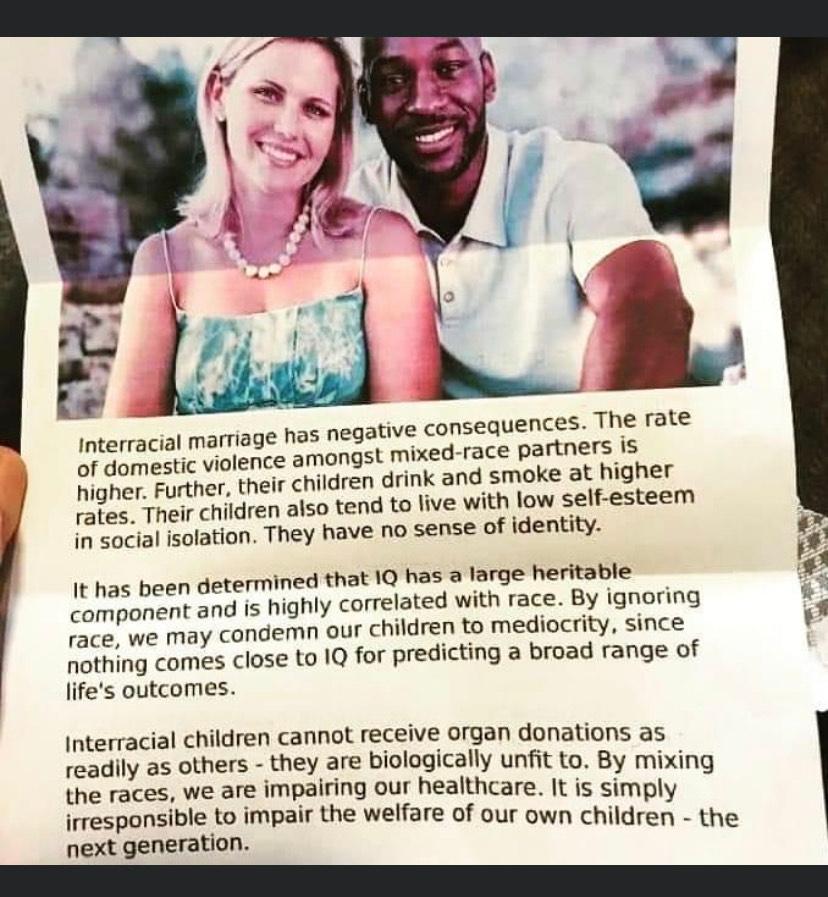