A suspect wanted in the stabbing death of a Toronto man last week has been arrested and charged.

30-year-old Stephon Anton Knights-Roberts of Toronto, died in hospital after being stabbed during a late night altercation in the area of Wellesley street and Ontario street, last Thursday night just after 11:30 p.m. 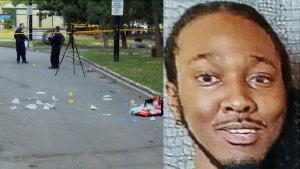 Monday night, Toronto police with the assistance of York Regional police, announced through a release, they had arrested 22-year-old Connor Madison and charged him with one count of second-degree murder.

Madison is scheduled to make an appearance in a Toronto court room, via video link, Tuesday morning.