This man should buy a lottery ticket

A man in Toronto is lucky to be alive, after an errant wheel bounced into his path on the Northbound Don Valley Parkway on Thursday afternoon.

It happened just before 2 o'clock near Don Mills.

Police report it appears a mini-van or a small van lost a wheel while heading southbound. That wheel bounced over the median and into on-coming traffic.

"I pretty much had to avoid it by ducking under the dash and moving to the left," says Greg Olders, whose Dodge Charger was mangled by the wheel.

But, he wasn't. He was lucky enough to walk away without a scartch. 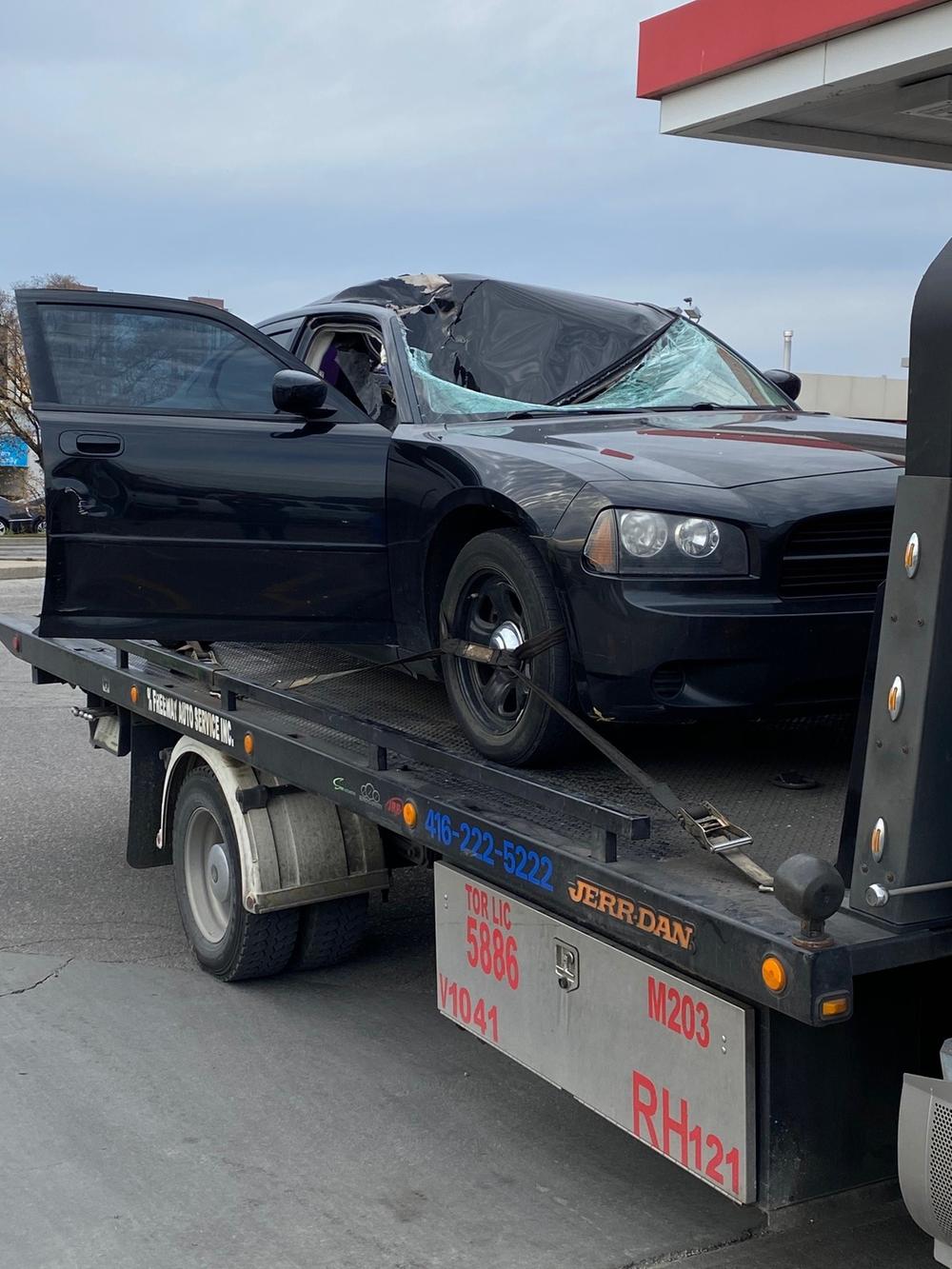