Thousands of protestors gathered in downtown Toronto in an anti-Black racism demonstration, despite confusion and uncertainty over its organization.

Toronto Police Chief Mark Saunders was on the route - and spoke directly to protestors before the march began. 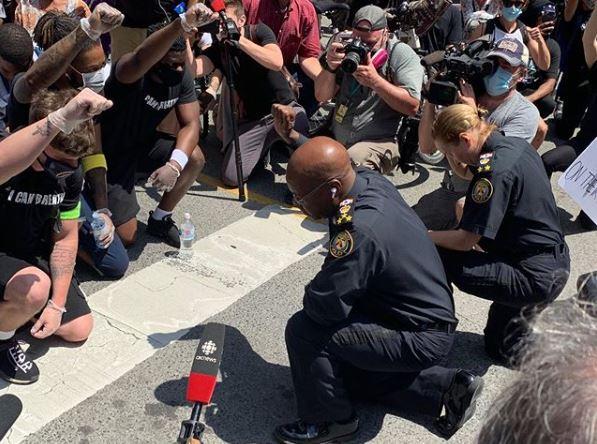 "I thanked them, I said 'Look, you're trying to keep a message alive, it's important, the message is the right message'," Saunders said. "There are going to be some people that are here for a negative message and I hope for cooperation. If people are doing thigns wrong, take pictures, let us know, send them to us, and we'll deal with that. But right now it's about getting things right." 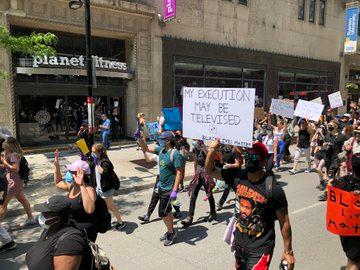 The Toronto chapter of Black Lives Matter has said it is not affiliated with any protests scheduled for this weekend.

It was dubbed "The March for Change" with route informaton on an Instagram page by the same name, with many comments and questions around who was putting the event on.

One of the organizers of the page and protest, Tremaine Nelson, said it began as an idea between him and a friend

"We invited people out by phone, by word of mouth, it got way bigger than us, we posted it, we tried to make more of it," he said, acknowleding that there was backlash about it.

"Everyone has a way of doing this, we're not trying to stop anyone from what they're doing," he said. "But you can't stop this, look at this, this is amazing."

Twayne Anderson says he too heard about it on Instagram. 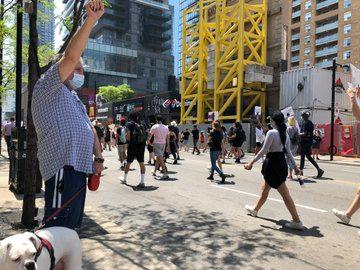 "It definitely goes to show that social media is having a huge effect," he said. "This was through a simple Instagram post."

Anderson said it was a relief to see there was no violence.

"That part's huge," he said. "We can definitely do it peacefully, without the rioting or the looting."

The march comes a day before another apparent protest, but with rumours swirling that Black Bloc rioters are planning to cause mayhem in the streets. 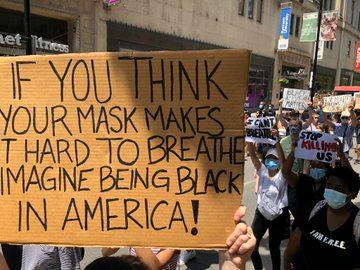 A Google document being circulated online with updated information about protests, fundraisers and other initiatives has also warned about Saturday, telling users not to attend (NEWSTALK1010 has reached out to BLM Canada about this document.)

Nelson said he knows there were questions online, but he's relieved it happened peacefully with the turnout.

"I would never in my life expected this day, I know I planned for this, but just what we're getting without asking is amazing, police doing everything that they can," he said. "People need to be heard."