Waterloo Regional Police are investigating a trio of arsons at Walmart stores in Kitchener and Waterloo.

The fires, set within about an hour of each other, did an estimated $12 million damage.

While the motive is not yet clear, police are investigating a post on Twitter last month that said, "Does anyone in Kitchener/Waterloo want to start attacking places like Walmart who are refusing #canadians service because they have a medical condition that isn't covid?" 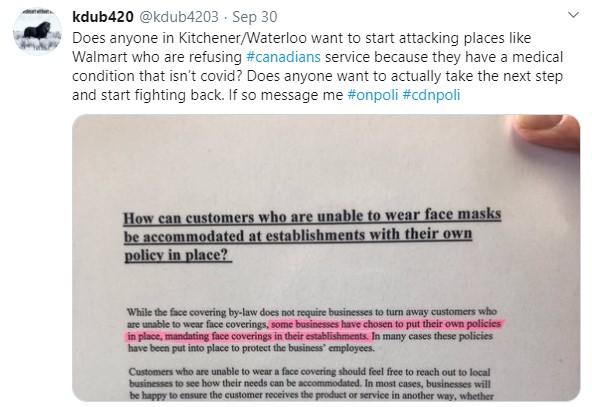 The fires were set on Tuesday night. The Kitchener Fire Department said all three started in the toilet paper and paper towel aisles.

No one was hurt.