TORONTO — Fred VanVleet will never forget the victorious bus ride back to the hotel from Oracle Arena in Oakland, Calif.

Kyle Lowry did DJ duties, and kept hitting repeat on Queen anthem “We are The Champions.” Other players were well-lubricated from the locker room champagne celebrations.

Two months after the Toronto Raptors tipped off their historic NBA championship run, a stretch that saw the players locked in with remarkable focus that rarely wavered, the Raptors could finally relax.

“Oh man, that (bus ride) was probably one of the best rides of my life. . . just realizing we had the rest of the summer to enjoy this,” VanVleet said. “Our team was really serious and locked in when it was time to play and time to win, but then when it’s time to have fun we let loose.”

The Raptors won’t be together to celebrate the one-year anniversary Saturday, with the NBA suspended due to the COVID-19 pandemic. Some players are in Toronto, others are at their homes in the U.S.

They’ll have to make do with what remains of their memories. 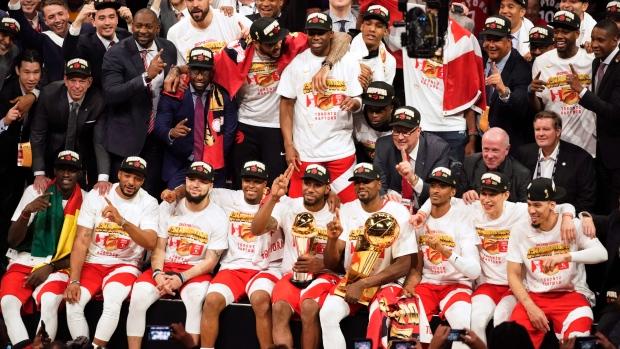 “The bus ride was a blur,” Norm Powell said. “I was pretty drunk from drinking all the champagne and I don’t even like beer, but I was chugging beer, so I was pretty drunk from there. I just remember it being really loud. Everybody was trying to plan something really quick like, ‘Is this open? Is that open?’ And trying to figure out what we were doing. But yeah, the bus ride was just crazy. Everybody was just celebrating.”

The world has done an about-face since that heady June 13 night last year. Seemingly all of Toronto — the crowd was estimated at between one and two million — squeezed into city streets for the victory parade a few days later, captured in images of physical proximity that are tough to imagine now with coronavirus keeping people apart.

With Kawhi Leonard setting the tone, the Raptors rode their even-keeled composure all the way to the franchise’s first title. Their mantra was never too high, never too low. 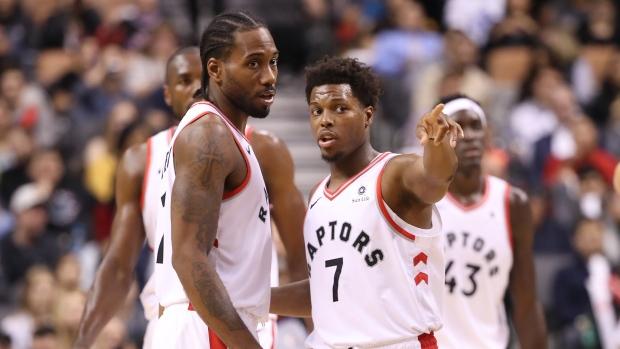 “I just noticed like how in tune we were with one another, and that’s from top to bottom,” Powell said. “When somebody would have a bad game or miss a couple of shots or miss a play or two, down the line we were so in tune and connected in keeping each other not only accountable but confident and their head high? We were all talking to each other, making sure we were all locked-in and focused and that nothing else distracted from the task at hand.

“We all held each other accountable and we all listened to one another and we all let whatever was stressing us or bothering us go and ready to come play.”

Serge Ibaka said it wasn’t after the final buzzer sounded that he realized the magnitude of the accomplishment.

“After it changes some people’s lives or it’s helping some people, it was just amazing. That was one of the amazing things and even until now it’s still happening. Even until now.” 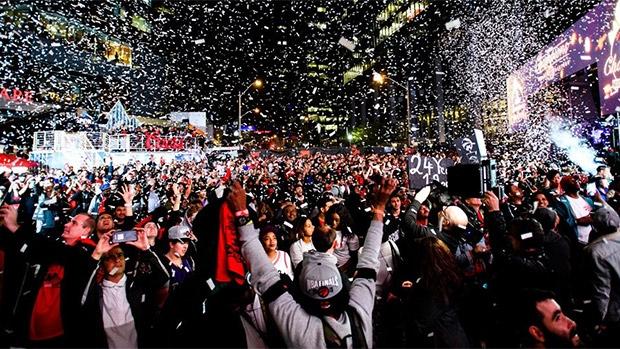 The NBA hopes to restart late next month with 22 teams based in Orlando, with the finals to be tentatively held in October.

Coach Nick Nurse said because the league’s been put on pause, he’s had more chance to reflect on his team’s historic achievement.

“It went fast huh? It sure flew by quickly; we’re already a year removed from that,” Nurse said. “Time keeps on moving even though it’s been a strange, strange year, that’s for sure. There’s been a lot of time to reflect on it and I’ve probably watched a lot more than I would have on TV and done a lot of calls and shows and recaps of it, so it’s been fun to go through it again.

“It’s still like very much right here as an amazing experience, a really special experience.”

Despite losing Leonard to the Los Angeles Clippers in free agency last summer, and a myriad of injuries to key players this season, the Raptors sat firmly in second in the Eastern Conference (48-16), and had locked up a playoff spot, when the league shut down on March 11. 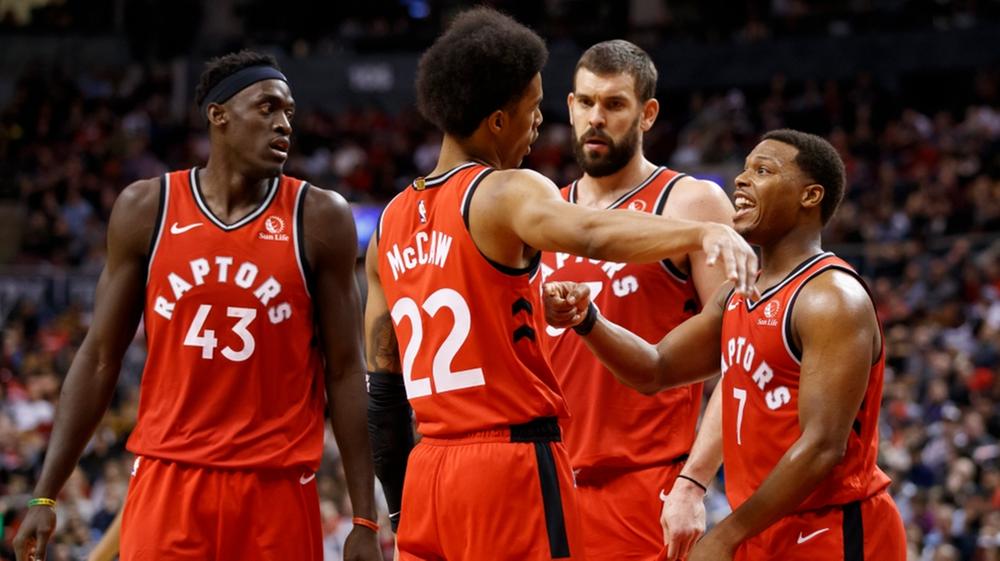 Nurse said he’d expected his team to shoulder a ton of pressure as the defending champions this season, but he said the reality was they didn’t feel any.

“That has really surprised me this whole year. I thought that having the title on your shoulders the whole year would be a big thing to carry around and it hasn’t at all — like zero. Like we don’t talk about it,” he said. “It’s such a good group of focusing in on the opponents at hand and getting ready for the next one and I know when the ball goes up I don’t think about being the defending champions one time or anything so it’s not really affecting us at all.”

And with the opportunity to finish out the season, Nurse said his team is virtually in the same position as it was a year ago.

“Nobody was talking about us — ‘Yeah, they got a decent team up there’ — but they weren’t really talking about us as a serious threat and long may it continue. We are looking forward to it.” 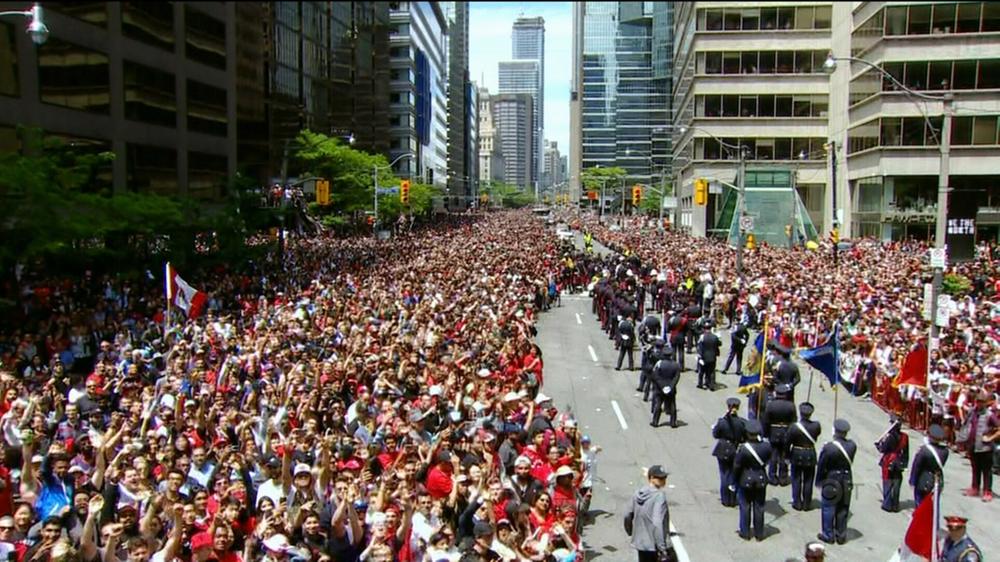