Toronto Police are investigating a possible hate crime, after anti-Black racist graffiti was reported on the TTC.

Transit rider, Dionne Callaghan, tells our media partner CP24 that she was on her way home from work Friday, when a woman started gesturing towards her.

"I sat down - took a seat in the TTC train and a woman just started pointing at me. I had my ear buds in and I couldn't hear what she was saying, but I could see that she was saying the N-word, so I just sort of looked away from her, but as I looked up, I noticed that her child was scribbling on the TTC, so I looked up again and then I put my head back down and as I looked up, she grabbed the marker from her son and scribbled a message. She pointed at me. She scribbled a message and then she gave her child the marker back."

Callaghan notified the TTC and the train was taken out of service less than an hour later.

It happened on Line 2 of the TTC Friday afternoon. The train did not have cameras.

TTC spokesperson, Stuart Green, says he was mortified when he got word of the incident, which the TTC is now investigating.

"Yesterday I did label it as a hate crime on Twitter. I'm not a lawyer or a police officer, but I don't know what else to call it. I know what you call it when someone writes a racial slur that vile on public property and then points at someone, who is of the race that that slur is meant against."

The TTC did get another report, prior to Dionne's about the incident, so the TTC has submitted at least two reports to Toronto Police.

"We've taken photos of the graffiti itself. We've of course seen Dionne's social media post. Hopefully this is resolved fairly quickly, but you know we leave that to police. But we will absolutely do everything and anything we can to work with police to get this resolved," says Green. 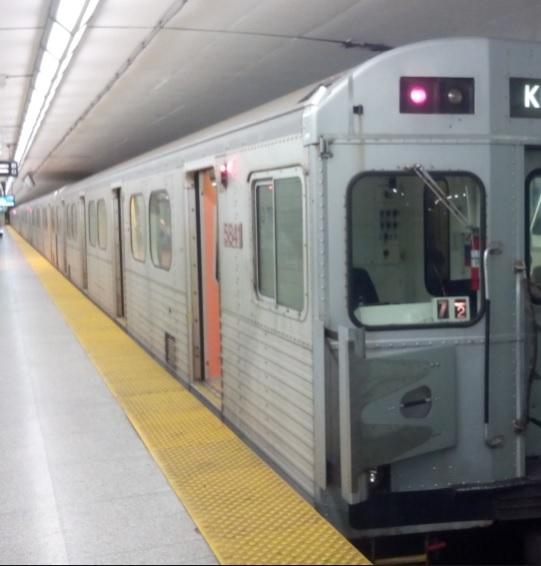 With files from CP24