Toronto teen gets Grammy nod for Holocaust-era album of songs

A 15-year-old Toronto boy is in Los Angeles Sunday as he and his fellow ensemble musicians wait with anticipation to see if they win Best World Music Album.

Isaac Rosenberg, a student at William Lyon Mackenzie Collegiate, is the youngest of the Toronto-based musical ensemble up for their album ‘Yiddish Glory: The Lost Songs of World War II,’ based on a batch of songs written by Holocaust victims and survivors.

Rosenberg is the son of University of Toronto Yiddish Studies professor Anna Shternshis, who was working on a project about the decline of Yiddish in the Soviet Union when she came across the music.

Four years ago, Shternshis asked her son if he would be interested in being part of an ensemble performing the music, as they needed a young voice to perform some of the songs.

"It took a lot of convincing to even get me to sit down and read the notes for the first time," Rosenberg told our media partner CP24 from LA Sunday afternoon.

"The very first time I remember I was crying and I couldn't even bring myself together to sing," he said. "It definitely took a few weeks until I fully prepared myself and sang it for the first time."

He says the next step was auditioning, and that's when everything came together. 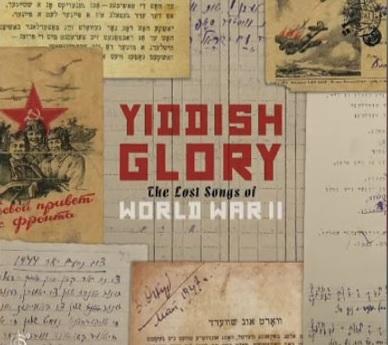 When asked who he was most excited to see at Sunday's awards, his answer? "Diana Ross."

- With files from CTV News