26-year-old Andre Rodriguez was shot and subsequently died of his injuries, outside a Walmart parking lot in the St. Clair Avenue and Mould Avenue area, on the afternoon of September 10th. 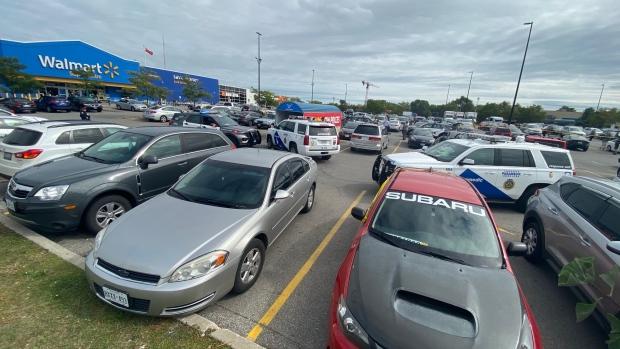 On Friday, a 24-year-old Toronto man was arrested and charged with First-Degree murder.

He was scheduled to appear in court Saturday morning.

A second suspect, a 25-year-old Toronto man, was picked up Thursday and charged with conspiracy to commit murder and being an accessory.

He appeared in court on Friday.

Police have issued a warrant and are still on the hunt for a 3rd male suspect, identified as 33-year-old  Abdelmuniem Abdalla of Grimsby,(pictured) also wanted for First-Degree murder.