Dr. Theresa Tam says COVID-19 cases could skyrocket to 60,000 per day by the end of the year if Canadians increase their contact rates. 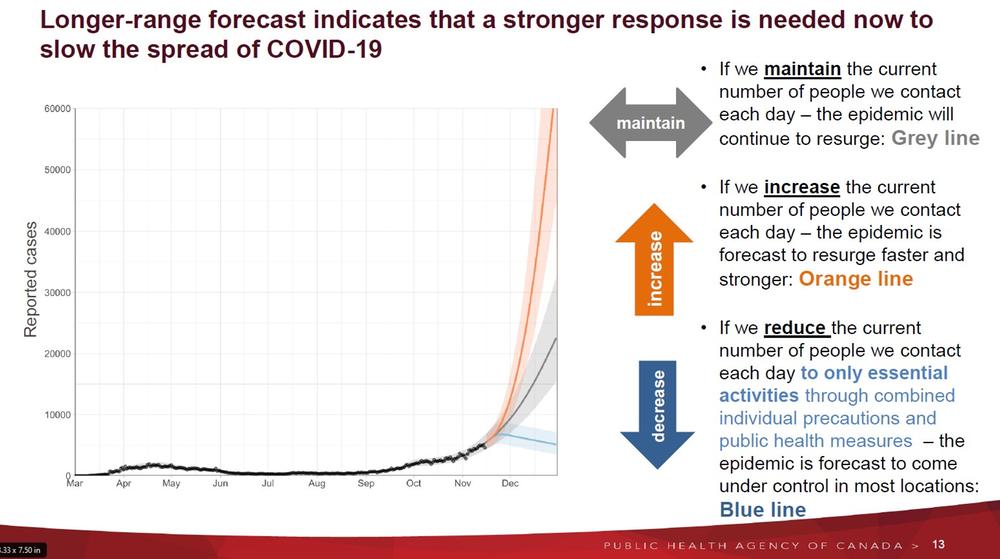 The modelling predicts that at current rates of contact, Canada is careening towards a surge of more than 20,000 cases per day by the end of December. 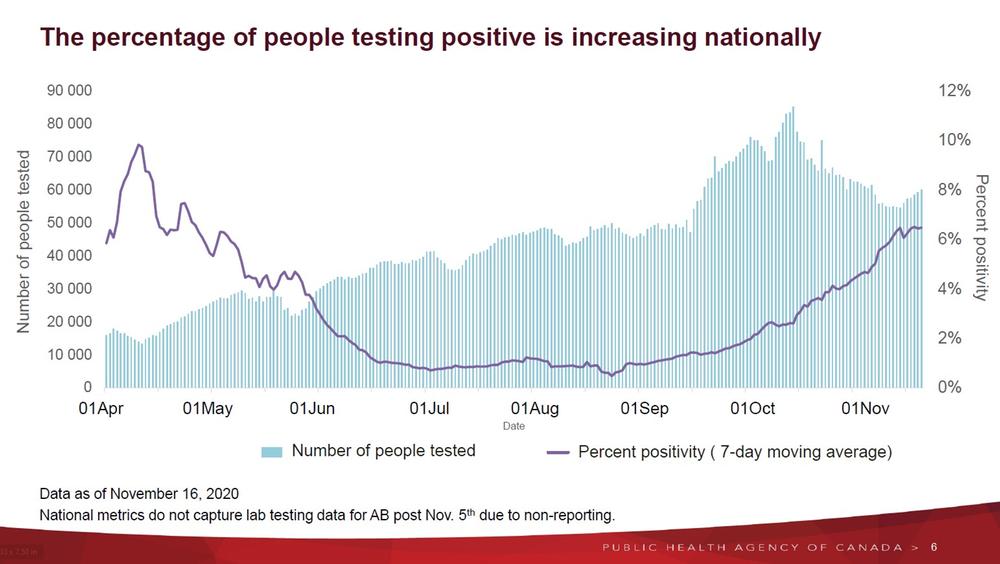 But if socialization increases, the projections indicate that as 2020 draws to a close, Canada could see twelvefold increase from the current level of around 5,000 cases per day, which is already straining the health-care system in some regions.

When you look at Ontario, the models show they have been able to better slow the spread of the virus, compared to other provinces. 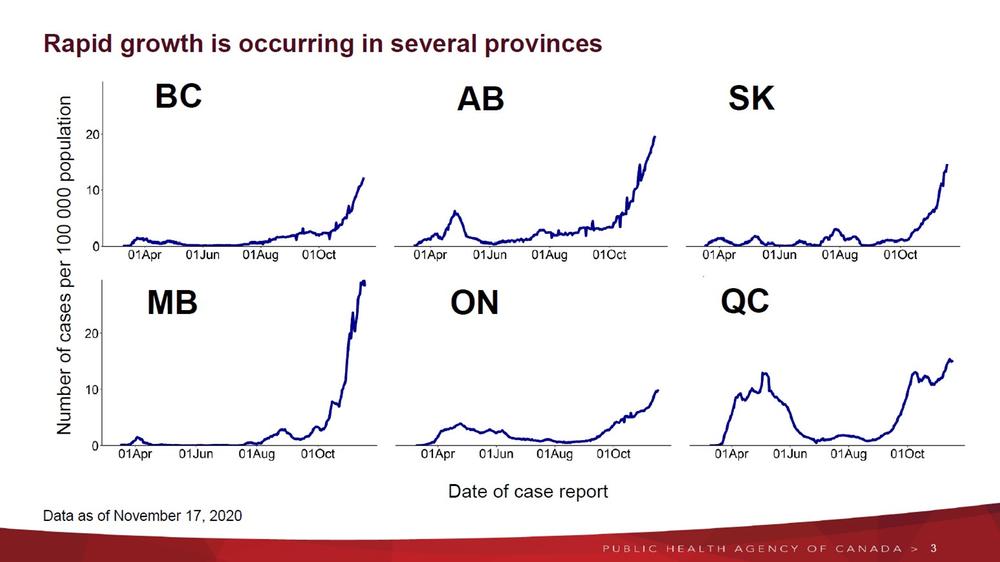