This is the first weekend of the province's stay-at-home order, but not everyone is taking the order seriously.

On Saturday afternoon, police moved in to disperse hundreds of people at two large gatherings that violated pandemic lockdown rules. Under the new restrictions, outdoor public and social gatherings are limited to five people.

One group had gathered at Yonge-Dundas Square. The other group marched around Queens Park and along downtown Toronto streets.

Most of the demonstrators were not wearing masks, or social distancing.

Before the anti-lockdown protests got underway, police issued a statement via their Twitter account, warning that they would be present and prepared to respond, if the new stay-at-home restrictions were ignored, saying that the "COVID-19 pandemic is not just a public health issue, but a public safety issue". 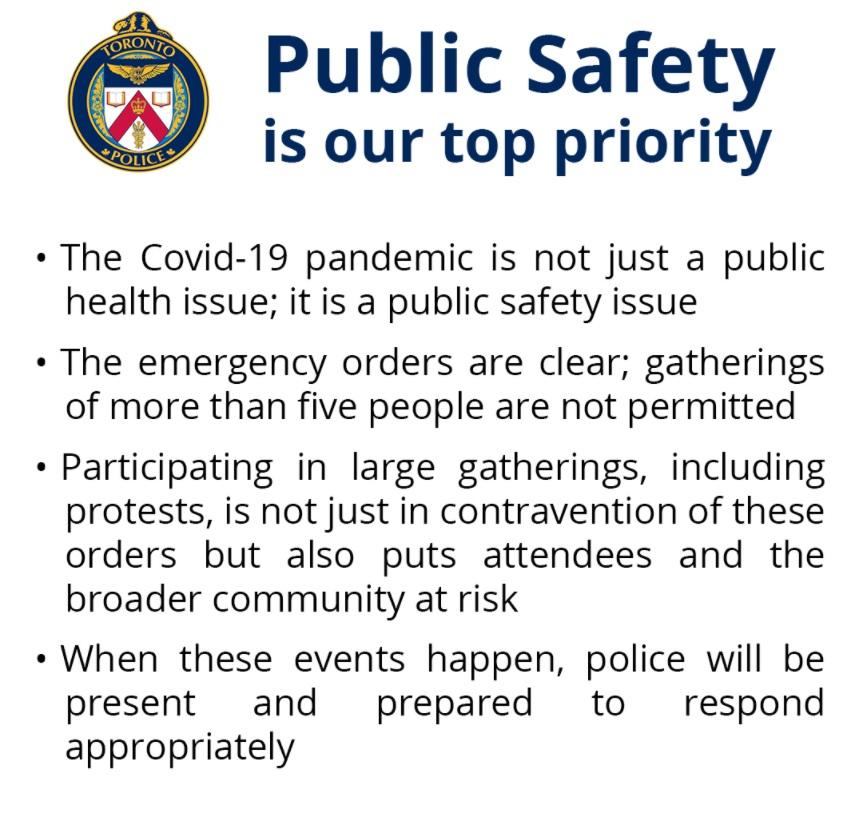 Newstalk1010 has learned that at least 18 other people at the gatherings face "fail to comply" charges.

And police say a 22-year-old man who was at one of the events was charged with assaulting a police officer and obstructing police.

In a news release, issued late Saturday, the Toronto Police Service warned it will continue to respond to calls about large gatherings and will take steps to disperse any crowds. They will also issue tickets and summonses to anyone "when there is evidence of non-compliance of the provincial order under the Emergency Management and Civil Protection Act (EMCPA) or the Reopening Ontario Act (ROA)".

“Our officers will be on scene for any of these protests. Any large gatherings of more than five people - we will have uniform presence there, and charges will be laid if necessary,” said Constable Alex Li on Saturday.

“We’re appealing and urging for public and citizens to just please do your part and stay at home. Protect yourselves, protect the broader community.”

With files from CP24 and The Canadian Press