UPDATE: Toronto Hydro says there are about 300 customers still without power this morning.

ORIGINAL: Strong wind gusts - up to 110 km/h - in parts of the province this afternoon resulted in downed tree branches, scattered debris on area roads and downed power lines.

There are also reports of trees and fences being knocked down and lawn furniture being tossed around.

Traffic lights are also out in several areas. Police are reminding motorists to treat those intersections as four-way stops.

Hydro crews are dealing with several power outages across the GTA.

Toronto Hydro tells Newstalk1010 that by late this afternoon, about 6,000 customers across the city were without power, but that number could increase as the wind storm continues.

Crews are actively responding to safety emergencies, including wires down.

Meantime, Hydro One tells Newstalk1010 that about 230,000 customers are in the dark, across southwestern and central Ontario. Again, that number could increase as strong wind gusts continue.

If you do see downed power lines, you're warned not to approach, even if they don't look live. Stay at least 10 metres back and call hydro crews for assistance. 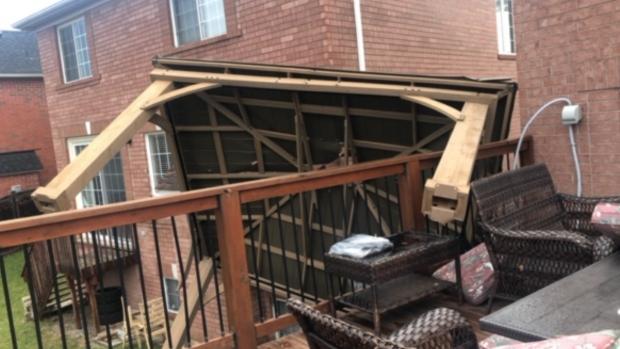 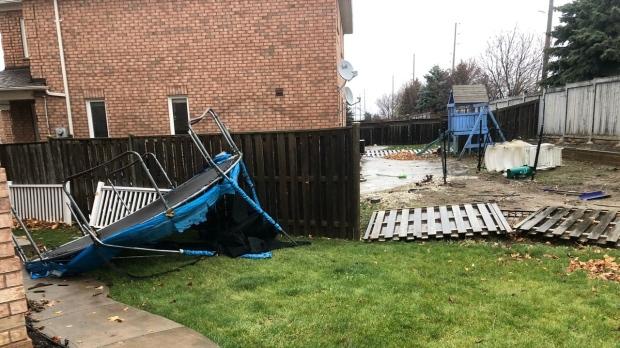