Alek Minassian is accused of carrying out one of the most deadly attacks in Toronto's history. Today we are hearing directly from him. Publication bans have been lifted on the statement he gave to police in the hours after the Yonge Street van attack. Ten people were killed and 15 others injured that fateful day in April of last year.

It's nine hours after panic set in on Yonge Street.

Alek Minassian is sitting in the corner of a police interview room looking calm, cool and collected.

Detective Robert Thomas is conducting the interview and spends a great deal of time making sure Minassian was read his rights and that he understands them.

The following transcript is a selection of the interview which lasted for over four hours.

DET. THOMAS: Do you understand what first degree murder is?

MINASSIAN: It's ah preme - premeditated murder and completely intentional and considered to be what's known as in cold blood. 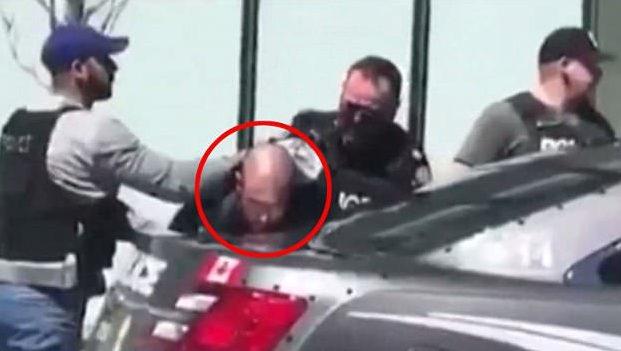 DET. THOMAS: Alright uhm how much sleep did you have last night?

DET. THOMAS: About eight hours and, and how did you sleep?

DET. THOMAS: You slept well and, and where, where did you sleep? Was it your home?

MINASSIAN: I ah I decline I do not wish to answer that.

DET. THOMAS: Okay, alright. Ah nevertheless you slept well okay uhm I want to ask you something Alek and this is important ah are you on any kind of medication right now? 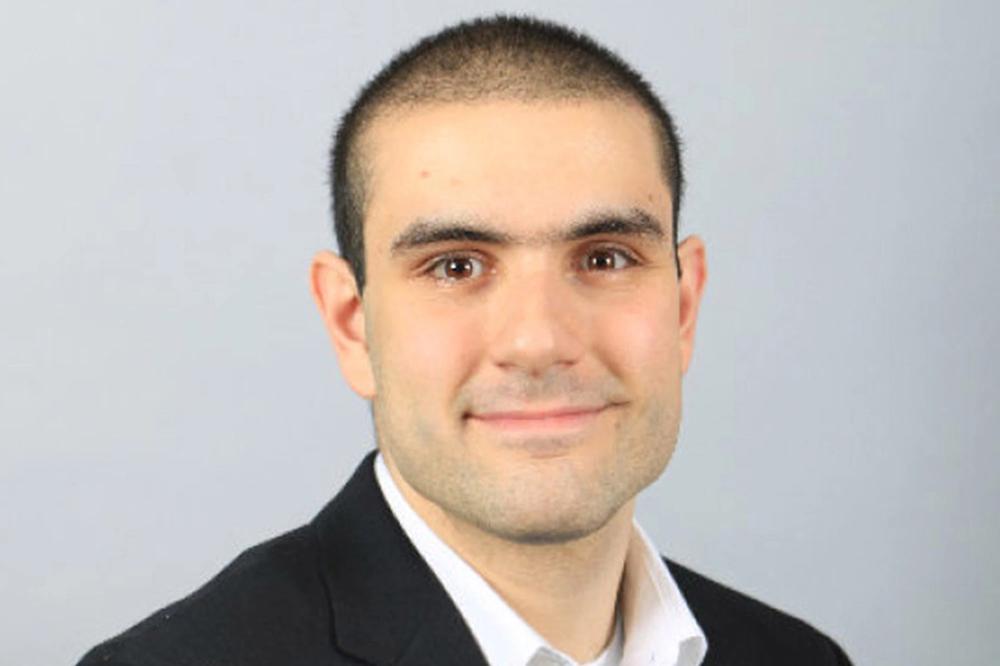 Detective Thomas continues to question Minassian about his time at Thornlea Secondary School and whether he was identified as someone with special needs. These questions go unanswered.

They move on to his goal of becoming a computer software developer and the course he had been taking at Seneca College. Minassian also spoke of his time in the Army and wanting to learn about weapons, assault rifles in particular.

The conversation flows, Minassian appears to be unfazed.

It's when the topic of women and relationships comes up that you see a glimmer of emotion.

He admits he's never been in an intimate relationship with a woman, despite his efforts, and that it's frustrating for him.

DET. THOMAS: Okay, alright. Uhm in terms of females I mean females and women because you're 25 you're a young man alright we'll call them women ah in terms of your feelings towards women in general ah how would you describe that?

MINASSIAN: I would say that sometimes I am a bit upset that they choose to ah date ah obnoxious men instead of ah a gentleman.

DET. THOMAS: And these guys I'm thinking you're, you're talking about the fellows who are loud ah, ah arrogant uhm ah generally ah tihin outgoing and popular with girls ---

DET. THOMAS: ---is that what you're talking about?

DET. THOMAS: Okay uhm and you have a problem with the women that date these fellows.

DET. THOMAS: Why is it that you have a problem with, with the women?

MINASSIAN: Because I feel that ah it's illogical to be ah dating such men when they can be dating a gentleman instead.

He says he began resenting women in college and that one night in 2013 was a defining moment.

MINASSIAN: On Halloween of ah 2013 I was attending a house party ---

MINASSIAN: -- and I ah walked in and attempted to ah socialize with some ah girls, ah however they all ah laughed at me and ah held the arms of the ah big guys instead.

The years passed and Minassian grew increasingly angry. His frustrations were fuelled in chatrooms where he found likeminded men that self-identify as Incels. 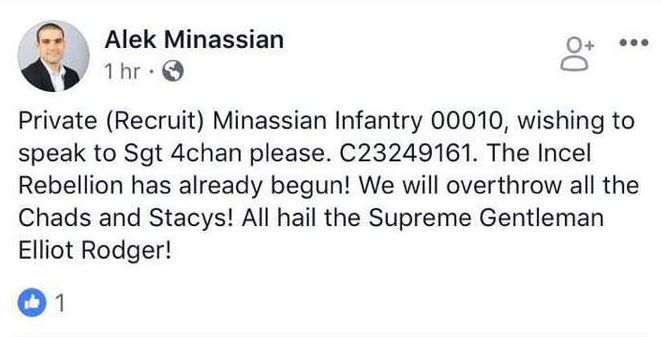 DET. THOMAS: -- involuntary celibate. What does that mean?

MINASSIAN: That means in - celibacy means ah, ah someone who had never before has sexual intercourse.

MINASSIAN: Ah involuntary celibacy means this wasn't your choice who --- essentially are ah, have been thrown into true force loneliness and you're unable to lose your virginity.

MINASSIAN: This is especially ah painful for ah young males.

The Incels have dubbed the men who get the girls "Chads" and the girls who go for them "Staceys."

MINASSIAN: lt's basically - it's basically a movement of angry ah incels such as myself who are unable to get laid, therefore we want to overthrow the ah Chads --

MINASSIAN: --- which would ah force the Stacey's to be forced to ah reproduce with the incels.

DET. THOMAS: Right, right okay and when you say incels ---

When Detective Thomas gets to the topic of the van, Minassian appears chillingly matter-of-fact. 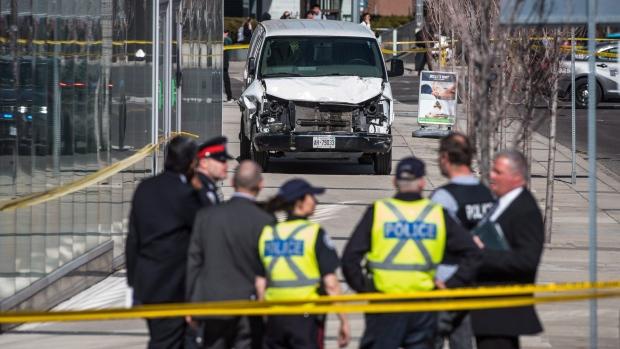 According to Minassian, the van was booked about a month before the nightmare that played out on Yonge Street.

DET. THOMAS: Okay so about a month ago where were you at that point?

MINASSIAN: I was at Seneca College and I decided to ah phone Ryder and ah book a ah either a truck or a van with them and they had ah a ten ah foot van ah available ---

MINASSIAN: ---so I figured that this is perfect ---

MINASSIAN: ---I can -not it's ah big enough to have an effect but not too big that I can't manoeuvre with it ah so the van was the perfect ah medium size to use as my ah weapon.

The morning of April 23rd Minassian says he woke up at 7 a.m., brushed his teeth and had breakfast.

MINASSIAN: And then ah then I went ah to the ah Ryder location --

MINASSIAN: -- and ah brought it out to Toronto and ah and then I committed the - this rebellious act.

Detective Thomas then asks the question so many people asked...why Yonge and Finch?

MINASSIAN: I, I didn't chose Yonge and Finch particular I was driving down Yonge because I knew it would be ah busy area ---

MINASSIAN: --and then as soon as I saw there were ah pedestrians ---

MINASSIAN: ---I just decided to ah go for it.

MINASSIAN: I ah floor the pedal --

MINASSIAN: -- I speed the van towards them and I ah - allow the van to ah collide with them.

DET. THOMAS: Okay and then what happens?

MINASSIAN: Ah some people get knocked down on the way, some people roll ov - over the top of the van.

DET. THOMAS: Okay and then what, what happens?

MINASSIAN: I ah continue doing that until uhm in in fact actually to be honest the only reason I stopped my attack was because someone's drink got splashed on my ah windshield and I was worried that I would ah crash ah the'van anyways so I decided okay now I I wanted to do more but I've kind of been foiled by a lack of visibility so then that's when I ah pulled - I turned right and I pulled - and I saw the cops approaching so I decided to pull over and get out of my van.

MINASSIAN: Ah I, I see a patrol car pull over and I hear the cop screaming at me to get out so I get out and I ah point my wallet at the cop and it - with the intent for it to be confused as a gun so that I could be fatally shot.

DET. THOMAS: Okay and was that something you were thinking about?

MINASSIAN: Even, even beforehand I ah premeditated as an attempted suicide by cop. 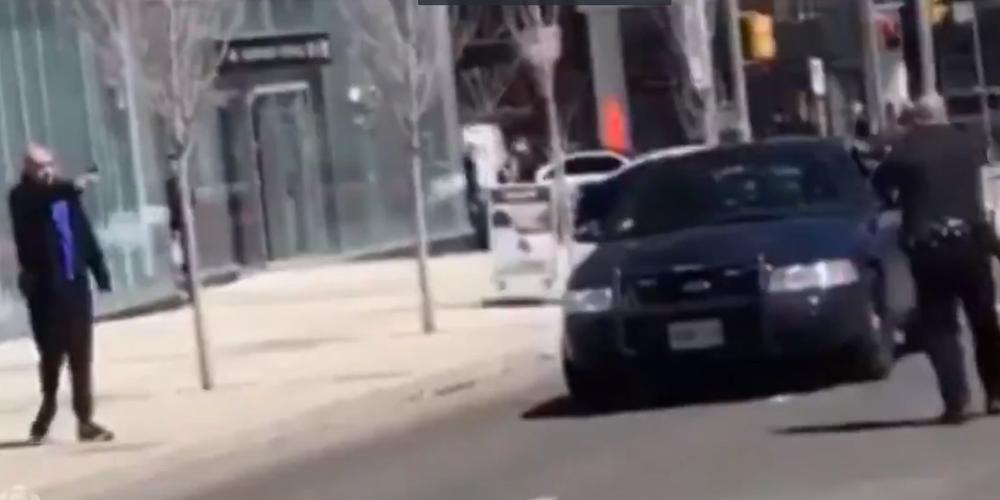 Just as the interview, which last just over four hours, is wrapping up, Minassian says something that is absolutely astonishing.

DET. THOMAS: Uhm, I'm going to ask you this ah because it's important. Uhm ten people died here today uhm fifteen people were seriously injured uhm I think it's important to ask how you feel about that.

MINASSIAN: I feel like ah I accomplished my mission.

DET. THOMAS: You feel like you accomplished your mission?

DET. THOMAS: Okay. If the families of those people who were murdered and were injured and in this room right now what would you say to them?

MINASSIAN: I honestly don't know what I would say.

DET. THOMAS: Would you apologize?