In a tweet just after 5 p.m. Wednesday, police say there was some sort of altercation between a man and a woman.

Our media partner CP24 is reporting that it happened at a bar where the woman worked as a bartender.

Police have not yet revealed what type of weapon was used in the attack or whether both victims suffered stab wounds.

Police tell Newstalk1010 that the woman was without vital signs when officers arrived. CPR was performed on the woman, but she could not be revived and was pronounced dead at the scene.

"Our officers arrived on scene very quickly. They advised that the woman was vital signs absent and they were performing CPR. We then learned that the man's injuries were quite serious and other officers assisted in an emergency run to try and get him to hospital," said Constable Dave Hopkinson.

The man is in custody in hospital with life-threatening injuries. There's no word on possible charges.

Police say there are no outstanding suspects in the case.

Roads were closed in the area for several hours during the investigation. 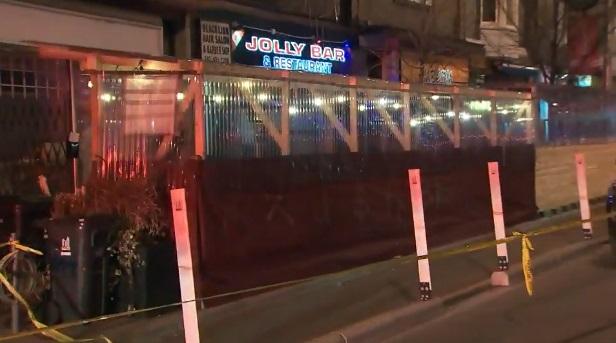