The owner of an Italian restaurant in Essex is shifting back to takeout and catering only next week when the province's vaccine certification program goes into effect.

She says after monitoring social media and seeing comments being made on other establishments plans, she decided to go to takeout and catering only. 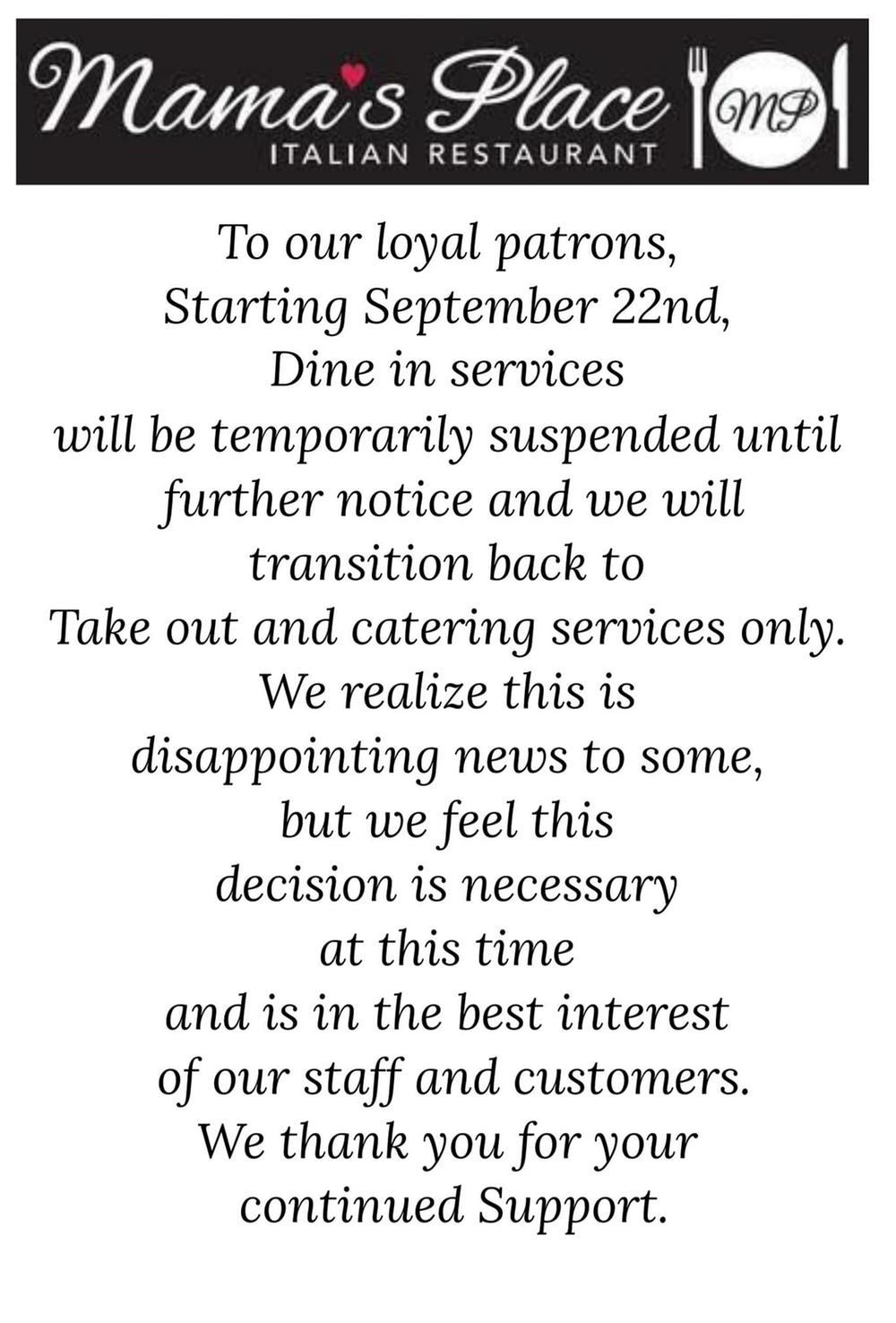 Leone-Finch says the restaurant respects everyone's vaccination choice but says she was getting 'sick over it' and does not want to put her staff in the 'line of fire.'

"I really don't care whether or not you're vaccinated, it's just the repercussions my staff is going to have to face. And our revenue for takeout is actually doing very well, our customers are very supportive. We choose to take that route rather than put our staff in the line of fire like that."

She says the decision wasn't an easy one, but felt it's the right thing for their business.

"I feel for them because we do have a lot to lose as small businesses," she continued. "They're threatening pulling our licenses, and fining us, and for a lot of us this is our living. It is what it is."

Leone-Finch says this has been on her mind since the province's original announcement about vaccine passports.

"I was sick over it, I didn't know what to do. I did have a lot of support from my customers. Whatever I decide, they're behind me 100% and that was very comforting for me in making my final decision," she said.

The restaurant posted its decision on its Facebook page on Thursday.

As AM800 news reported earlier this week, the province unveiled its guidelines for the vaccine certification program.

Starting next Wednesday, patrons will need to show proof of full vaccination and a piece of ID to enter settings that include restaurants, theatres and gyms.

The province said businesses and patrons who don't follow the rules could be fined and added enforcement officers are visiting businesses this week to discuss the system's requirements, which apply to patrons but not venue workers.