There is growing concern in a Whitby neighbourhood, after a 50 year-old woman was brutally assaulted while out for a walk earlier this week.

She was reported missing Tuesday night.

Durham Police began a search and found her badly beaten the next morning, just before 10:30 a.m., lying near a creek, southeast of Taunton Road and Anderson Street. 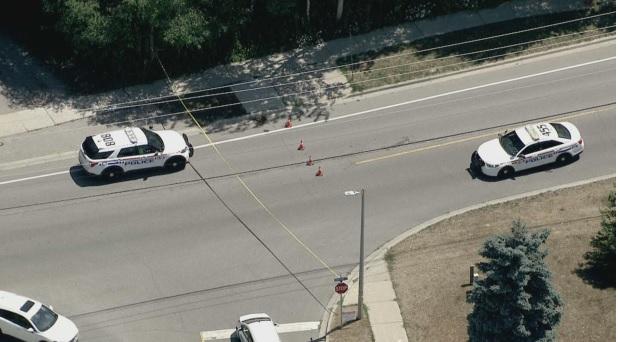 This resident spoke to CP24 about living in fear, until a suspect is caught: "It's horrifying to think that it happened in the middle of the evening, with it still light out. It's definitely shattered our security in the community. The women in my community are horrified. You know, I have a personal alarm and mace in my Amazon cart now, which is just so scary. I haven't been able to buy it, because I just can't get over the idea that I'm gonna actually have to do that here, in this community."

Police have not ruled out that this may have been a random attack, something extremely unsettling to locals.

"I usually run in the evenings - you know after bedtime - as do most of the mums in this neighbourhood and I enjoy doing it on my own, you know for peace and quiet. And, I deserve to be able to do that and so do all the women in this community. They deserve safety and security."

There is still no suspect information.

Meantime, a GoFundMe page has been set up for the victim, who's been identified online by friends as 50 year-old Kimberley "Kimmy" Black.

Anyone with information on this crime or any surveillance video from the area is asked to contact Durham Regional Police or Crime Stoppers.